A Galway State Of Mind 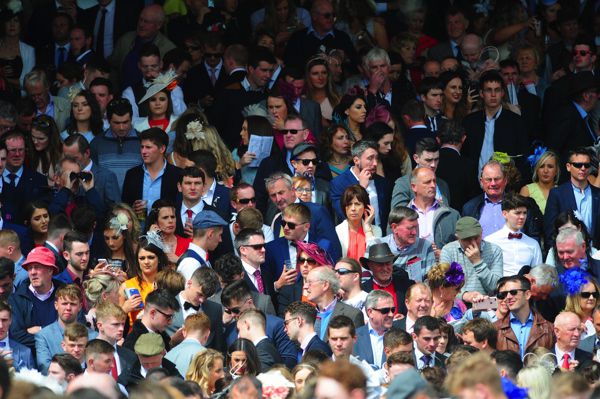 The decision to hold both Listowel and Irish Champions Weekend behind closed doors in September means some are already working on the basis that Christmas will present the first opportunity to return to any kind of festival normality. That call by Horse Racing Ireland has been criticised as premature. In many ways though it is an acknowledgement of the new Covid-19 reality.

Maybe the coming months will see a relaxation of restrictions that will allow racegoers return in some format, along with the various services required as a result. But with major events such as Listowel, and particularly Champions Weekend, the logistical demands around them meant clarity was necessary.

It makes all those hopes previously expressed about some public attendance at Ballybrit seem quaint. This week will be another case of getting on with things and keeping the show on the road. In fact when it comes to major festivals, and despite it feeling like getting seriously ahead of ourselves, it already looks like 2021 will be the real barometer.

Much is made of the grim outlook for racecourses during the coronavirus pandemic but there's little danger of any of their financial futures coming under threat in 2020. There's consensus that tracks with a financial model which relies on racegoers will be OK for one year at least. The real grim outlook for tracks is if a drastic 'new norm' continues into 2021, something that can hardly be discounted given the unpredictable nature of what's being dealt with.

That grim reality hasn't stopped a lot of people displaying some very unpredictable and asinine behaviour in recent weeks when it comes to flouting both the letter and the spirit of the coronavirus regulations. It's little surprise then that fears have been expressed about race week becoming a focus for large gatherings in Galway city itself.

Any such assemblies would have nothing to do with racing in a practical sense. But there is ample evidence already that such considerations can count for little when it comes to reputational blowback.

As for the actual racing it appears that Willie Mullins is once again gearing up for a major week. He has had 43 festival winners in just the last four years and a relatively quiet recent spell in terms of runners could be about to change with a vengeance. Easy Game appears to be his main chance in Wednesday's Plate. However from this distance that looks a race with Galvin's name all over it.

RTE will televise Galway once again but its decision to discontinue its one hour magazine-type one hour coverage of Irish racing can't have been much of a surprise to anyone.

Billed as rare opportunity to sell itself to a wider audience at a time when no other significant sport was operating here, the programmes were in turn useful to a national broadcaster starved of live action. It appeared to be a win-win for everyone in unique circumstances.

Sure enough RTE filled their schedules and the viewing figures were respectable without shooting any lights out. But in the context of racing having the live sporting stage to itself, the decision not to persevere with the format appears to represent a cold hard verdict on the sport's broader appeal. If the lights had been shot to smithereens then it really would have been a win-win.

The reality now is that RTE is preparing to move onto the League Of Ireland, another sporting arena not unfamiliar with a sense of grievance about not having its splendour recognised, and it will test the waters to see if some great untapped audience is out there. Once more the figures won't lie when it comes to public appetite.

If the quartet of Siskin, Mohaather, Kameko and Circus Maximus make it to Wednesday's Sussex Stakes at Goodwood it will shape as the race of the season so far. Siskin is the only unbeaten runner but also the lowest rated of the four on official figures. One of those statistics is sure to change and many of us anticipate the handicapper having to get the abacus out.

In substantial form terms it's not difficult to crab Siskin. Beating up Monarch Of Egypt as a two year old is looking a little flat-track-bully at this point. On the face of it an Irish Guineas defeat of Vatican City hardly appears earth-shattering either although the third that day, Lope Y Fernandez, subsequently ran a fine race in the Jean Prat and might make a top-flight winner yet.

Siskin's style however has never failed to impress. His classic task at the Curragh was no 'gimme' considering the obstacles he faced. But once again Ger Lyons's colt rose to the occasion while leaving the impression there was more left in the locker if required. It's easy to like such a runner in a scenario like the Sussex.

Kameko having to slog around a mile and a half in the Derby hardly smacks of an ideal preparation. Mohaather strikes as one of those 'buzz' horses that theoretically has what it takes to be a proper Group One star but actually still has to go and prove it. And then there's Circus Maximus who lacks that buzz but actually does get the job done.

It's not impossible the two Irish stars might fight out the finish. It's the stiffest task of Siskin's career. But if there's a horse to stamp his authority on the mile division this season it looks like him right now.