A raw deal for punters 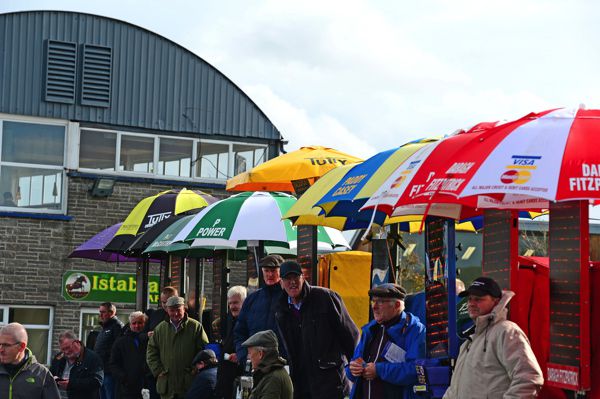 The basic idea is the same as many of the Racing Clubs that have sprung up in recent years - you pay a fee to lease a percentage of a horse or horses while they race, but you don’t actually own any part of them.

This particular Club has pushed the micro element of micro-shares to a new level with shares in two of three horses they currently have on their books only representing a 0.002% stake.

These valuations would be outlandish if the so-called shareholders actually held equity in the horses, but they don’t. These micro-shares are only active during a horse’s racing career and the only monetary reward is on a pro rata basis of any prizemoney won in races. If a horse is sold or retired to stud the club members receive nothing.

Within the small print of the RacehorseClub website it explains that members of the club can only withdraw funds when their balance is above £20. This means that in the case of Potters Corner, the 11-year-old would need to win £1 million in prizemoney — the equivalent of winning the Grand National a record three times in a row - for his shareholders to get any cash back.

This racing club structure raises lots of issues, not least that these shares are being sold as horse ownership when they are clearly not. They are, at best, lease agreements. The racing authorities, including HRI which has actively promoted similar types of Clubs as a form of ownership, are not necessarily helping the situation. Some lessons were learnt from the Supreme scandal but more needs to be done to ensure members of clubs always get a fair and transparent deal.

There needs to be a clear distinction drawn between Clubs that offer leasing agreements and those that offer actual ownership of the horses.

RacehorseClub is aiming to get as many as 105,000 people to invest in their scheme and you would have to feel that at least some of those wooed by Frankie, Oisin and Ed will have done so under the false impression that they were buying a small piece of a horse. And had some prospect of a monetary return on their “investment.”

Micro ownership of horses has the potential to attract new blood and money into the sport if done properly and is something that the authorities should take a more active role in. Short of setting up their own club, HRI could incentivise clubs that meet certain criteria by reducing some of their admin costs such as registration of colours and entry fees.

Whatever value for money there may be in investing in horse flesh, there was certainly no value for punters in the returned Starting Prices (SP) for a race at Carlisle on Saturday. The eight-runner racingtv.com Novices’ Hurdle saw two odds-on shots in the one race. For those unfamiliar with betting percentages and overrounds this effectively means that the bookmakers could show a profit by laying just the two odd-on shots and any additional money held on the other six runners was also profit. The bookies couldn’t lose.

Only days earlier it was announced that the official Starting Price system will no longer be primarily based on the on-course market when bookies return to the tracks. This isn’t much of a surprise as the on-course market has been on the wane in recent years and an online variation of the SP has been in use since the introduction of “behind closed doors” meetings last year.

Sports Information Services (SIS) is the company licensed to return the SP. The returning of the SP is only a small part of SIS’ overall business, a business which is all about providing services to bookmakers.

SIS was originally set up by bookmakers to supply information to their betting shops and “is the leading supplier of 24/7 betting services to the retail and online operators globally.” Their corporate website also states: “Our mission is to maximise value for bookmakers by creating short form betting events with a betting event every 3 minutes.” If your business model is based on bookmakers making profits, there is going to be a perception of a conflict of interest when the SP’s you return have a direct impact on your clients’ bottom line.

The SP was historically returned by journalists in both Ireland and the UK as they were deemed to be independent and impartial. In more recent times SIS has taken over that role, and while there was a degree of transparency when the SP was determined using the physical on-course market, it feels this will be less so in future.

Vincent Finegan's Latest Blog. A Festival Like No Other

From an outsider’s viewpoint horse racing must often have the appearance of being more like a religious cult than a sport. The annual devotion to the Cheltenham Festival does little to dissuade that view.