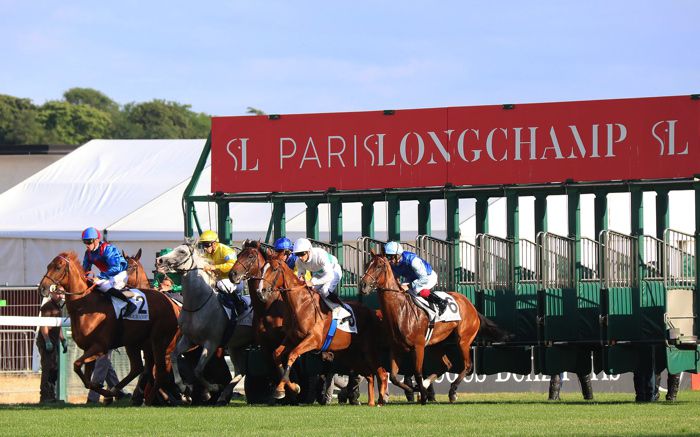 No funding model anywhere is going to escape the reality of an impact on prizemoney from the Covid-19 pandemic. That certainly includes Ireland. No details have been outlined by Horse Racing Ireland on how they intend to tackle the problem. However the French have decisively put their eggs into the grassroots basket for the rest of 2020.

This looks a rational approach. Even Bono at his most smug can acknowledge that we might be all facing the same storm but are far from all being in the same boat. If HRI's expressions of concern for the most vulnerable sectors of the game are to mean anything then surely a similar approach to cutting from the top down is advisable here too when the time comes.

That the actual time is still not clear continues to underline how racing is being forced into some rare introspection about its status, value and importance. A lot of cosy assumptions have been shown to be hollow. Certainly the presumption that any sticky political problem could be solved by a phone call or two - particularly perhaps from an 052 number - has been shown up.

Maybe that is because, as is widely suggested, politicians have to take their cue from the National Public Health Emergency Team. But among the multiple rumours swirling around about the Department of Agriculture's input into which stage of the five-phase recovery plan racing should fit into perhaps the most consistent one is about how the sector has no 'special relationship' anymore.

The outcome is a limbo in which, for one thing, the communication of what may or may not be going on has seemed to be regarded as mostly superfluous. Even those of us who think that's a mistake can at least cling to the consolation that such a tack is at least consistent with the suspicion that much of the communication era is about little more than the distribution of unadulterated attention-seeking froth.

HRI somehow thought it a good idea to maintain radio silence for half a dozen days until last Thursday's confirmation by the government that Irish racing's return to action is planned for June 29. In that time anxiety about the outlook for an industry worth billions, and which employs thousands, was very real. Yet there wasn't a peep out of its ruling body.

Instead of a statement HRI pumped out mountains of glossy corn about favourite recipes and sporting moments. There were a few 'hilarious' stories as well. And birthdays of course - Faugheen is 12.

It was all 'paaasitive' and the justification for not saying anything about the progress of negotiations with the department went along similar lines. Apparently, if there was nothing good to say then it was best to say nothing. And maybe there really was little of substance to say either way. But if public trust is built on transparency then this blackout was woefully counter-productive.

Everyone realises the communications industry is a misnomer. Communication people are mostly employed to do anything but properly communicate. But these are not normal times and it behoves a semi-state body with form in transparency issues to do better than treat the public as mushrooms to be kept in the dark.

As for when Irish racing will be allowed resume again, anyone who says they're certain about a date should have their drivers licence removed. The one clarification that came out of last Thursday is that June 29 really is the date that government is working towards. Now it's HRI's job to persuade them otherwise. That they have logic on their side will help. But who knows.

Brian Kavanagh has said any decision on a resumption of racing by the government and the National Public Health Emergency Team will be solely based on medical and safety evidence.

Presumably the same applied when the plan was published and such evidence dictated the authorities towards June 29. Much the same evidence was available to those in charge in France where the scale of the Covid emergency is even greater. Each country's officials make their own call. But there's a big discrepancy there.

So hopes that logic applies and steers the authorities towards an earlier date come up against old-style political realities such as the optics of how such a reverse will play out in the public arena. The action of making one sector an exception can make for thorny reactions elsewhere. And unfair as it may be there is a sense out there that racing may be a long-shot when it comes to such a punt.

Even bureaucratically there seems to be a lingering feeling that racing has dirtied its bib too often in recent years yet showed little inclination towards tackling the pressing systemic problems within it prior to the Coronavirus emergency. A lot could yet come down to our old friend perception and how any change of date might look.