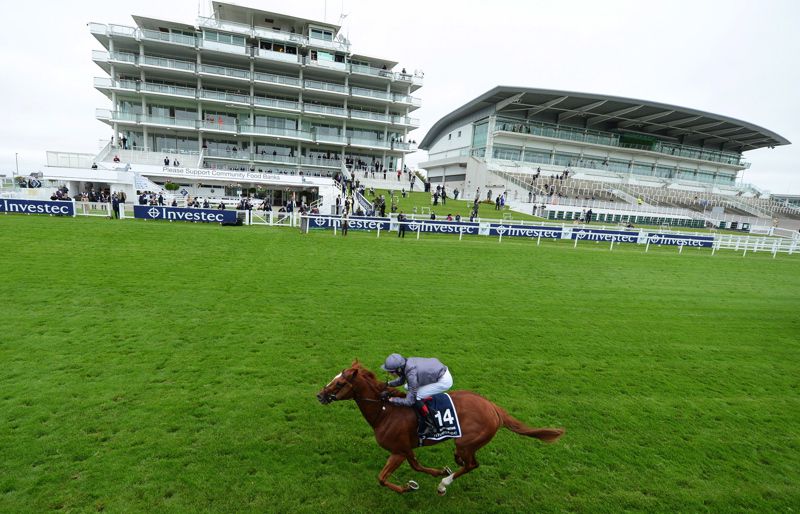 Groupthink seemed to take over. When McNamara set a solid if unspectacular tempo to the top of the hill it looked like everyone else assumed he was on pacemaker duty for his better fancied Ballydoyle stable companions. Anyone who watched Serpentine's nine length maiden victory a week earlier could have pointed out how presumptive that was. After McNamara nicked a lead of up to 15 lengths coming down the hill the writing was on the wall around Tattenham Corner.

Even then there didn't appear to be immediate urgency to the response. The second and third, Khalifa Sat and Amhran Na Bhfiann, were the ones closest to Serpentine throughout. Kameko hung on to be fourth despite patently failing to stay. Oisin Murphy could hardly be blamed for not leading a chase of the leader on a Guineas winner with suspect stamina. But a blanket of inertia seemed to swaddle the rest of the pack.

McNamara can hardly have been alone in thinking he got a freebie down the hill. These are elite riders. They must have known what was going on but no one appeared prepared to act. Instead they looked to pin their faith on the leader coming back to them or someone else to blink and lead the pursuit. Except no one blinked. Instead there seemed to be a collective 'after you' attitude to taking the initiative. It persisted until it got to the point of not mattering anymore.

Of course there's an element of damned if you do and damned if you don't in such circumstances. There's also an instinct towards trying to rationalise an outcome in hindsight. Serpentine is clearly a rapidly progressive colt capable of sustaining a gallop. He also received an enterprising spin from a talented jockey riding without much expectation and who got things spectacularly right. Maybe Serpentine will continue to progress and prove himself as exceptional as he looked on Saturday.

But for now no amount of analysis is likely to shake the sense that a Derby staged in far from ideal circumstances ultimately produced an unsatisfactory test of merit. And if that isn't the case then why does perhaps the one piece of unanimity in the aftermath of Derby 2020 revolve around how one thing Serpentine won't get next time out is another 'easy' in front.

The fallout from the race tended to overshadow the historic context in which it will ultimately get framed. There is also the element of most people considering such a context to be inevitable anyway. But Aidan O'Brien's achievement in holding a record eight Derby victories all to himself as a trainer is perhaps the most notable landmark in an already storied career. Next in his Epsom sights will be Lester Piggott's iconic tally of Derby wins as a jockey.

Once again O'Brien subsequently failed to fire in either the French Derby or the French Oaks but that's hardly going to count for much in the context of his son Donnacha's maiden classic success in the latter event with Fancy Blue. An Irish 1-2-3 completed by Alpine Star and Peaceful certainly filled with a vengeance the 50 year gap since the only other Irish winner of the Prix de Diane, Sweet Mimosa.

The long-term significance of another of O'Brien's sons proving his capabilities as a trainer of top-flight horses is impossible to predict. In the short term such a remarkable accomplishment only serves to underline the task facing every other trainer in the country in trying to compete with this remarkable dynasty's firepower.

Onto other matters and a topic far removed from talk of major European classics but which has nevertheless consumed the game here all week. Race-goers and punters are programmed to believe the worst anyway. But the events at Tipperary last Wednesday will have confirmed a lot of prejudices.

Plan and simple The Shunter's run in a maiden hurdle was a shocker.

That the horse got banned for 60 days after his fourth to Bold Enough, trainer Emmet Mullins fined €6,000, and jockey Brian Hayes suspended for 21 days might even be construed as being lenient. Under the 'Nor-Trier' rules the maximum penalties are 90 days for the horse, €10,000 for the trainer and 50 days for the rider. Few impartial observers could have quibbled if the maximum sanctions were imposed on the back of this.

On the face of it The Shunter case did at least have the virtue of being straightforward, apart that is from how the horse who raced in the colours of Paul Byrne appeared to have been the medium of significant betting support in the morning. In this case the market spoke but events suggested it was 'fake news.' However just a couple of hours later the market spoke again and was bang on the money.

The same team of Byrne, Mullins and Hayes combined for Pilbara who started an 8-11 favourite for a handicap hurdle, having reportedly been 8-1 overnight. The horse absolutely sluiced up.

It was Pilbara's first run in Byrne's colours. In half a dozen previous starts for Mullins last year the horse was never beaten less than 34 lengths. Three of those races were over fences. But after a 313 day absence the five year old was clearly expected to be a much different proposition. The combination of that and what had happened just four races previously inevitably prompted a lot of public comment.

So the aftermath of the Pilbara race suggested a cue for the stewards to do, well, nothing.

There wasn't a question asked about the apparent improvement in form, not even a go-through-the-motions exercise that might have resulted in an explanation being noted. The reason for that appears to be that Pilbara hadn't run in over ten months and there is an unwritten regulatory rule that such queries stop after a three month period.

Maybe there is a good reason for that. But such a restriction looked to compound an already febrile atmosphere by giving the impression the authorities were conveniently washing their hands of a sticky situation. A regulatory shrug of the shoulders in such circumstances gives out a message, one immediately picked up on by those already predisposed to believing the worst.