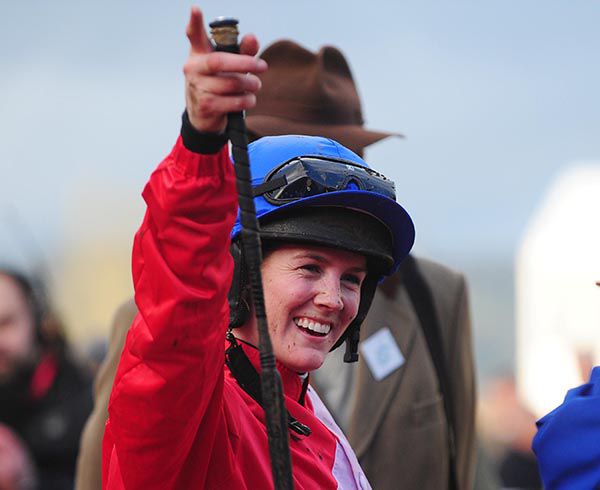 Racing's great and good have always been touchy about annual funding from the Horse & Greyhound fund described in terms of subsidy. Instead it gets described - and with some justification - as an investment. HRI's chairman Nick Hartery said this week that €30 of economic activity is generated by every Euro from the government. It also gets pointed out that every major racing jurisdiction worldwide has its funding legislatively rooted.

The difference between those jurisdictions and Ireland is the direct link between the amount of betting turnover on that product and the industry's financial wellbeing. There's a fundamental self-interest in encouraging punters to bet on racing in Hong Kong or Australia. Inevitably that self-interest has an impact in terms of regulation and governance. Turning a blind eye to problems and public perception is a costly luxury in terms of the bottom line.

Irish racing is an outlier in comparison. For years the Horse & Greyhound Fund has operated on a basis of the state topping up any gap between the allocated figure and revenue generated by betting tax. For a long time the fund swallowed all betting tax and more. With online and exchange now in the pot as well the tax take exceeds the €67.2 million racing has to work with this year.

Clearly HRI has designs on scooping up most of this tax take in future if it's looking at €98 million of funding by 2024. But what hasn't changed since the introduction of the Horse & Greyhound Fund in 2001 is that a sector receiving most of the tax take despite generating only a fraction of the turnover makes the arrangement look awfully like a subsidy.

Whether its value for money is a separate argument. For the guts of two decades almost all the major political parties have believed it is although Sinn Fein's rise has provoked some uncertainty on that. A more relevant topic is whether or not a funding model that allows a sector to be financially impervious to punter sentiment makes it insular and flabby.

The estimate of what percentage of betting tax is actually generated by racing here has usually been an approximate of between ten and 15 per cent. In return Irish racing has got most of the revenue generated. Whatever else it is such state support is hardly been an incentive for change when it comes to vital matters such as regulation and governance.

However the horizon is changing, not just in terms of political uncertainty but also racing's presumption on its long-established link with betting. The FAI's deputy chief executive Niall Quinn was once a PR coup for racing in terms of his high-profile interest. Now he's pushing for Irish football to get a slice of betting tax on the not unreasonable basis that a lot of punters bet on soccer.

Should that occur you can be sure other sports will follow suit. It's straightforward to make a case for linking state assistance to the amount of tax generated by a sector. Apparently the breakdown of such information on exchange and online betting already comes from the Department of Finance. Details from betting shops appear to be less clear.

The arrangement outlined in the Strategic Plan suggests measuring and reporting of the percentage of turnover of Irish racing in betting offices may amount to a cosy housekeeping exercise between HRI and a new betting committee which includes bookmaker representatives. But the commitment alone smacks of a changing landscape.

Such tots are a sign of things to come where percentages could carry a lot more official significance.

The capacity to precisely calculate which sport generates how much in terms of betting tax appears inevitable. Ultimately the capacity to decide who gets what is likely to be retained by any government of any hue. But it looks a patch upon which any number of other sports will eventually muscle in on.

The implications for racing are obvious. Last week's Strategic Plan revealed ambitions such as to increase economic expenditure to €2.5 billion, grow core employment to 12,000, upgrade the Equine Centre, build a second all-weather track, expand attendances to 1.5 million and transform the area of welfare and all matters associated with that.

That will require money. HRI can make a case to government for €98 million by 2024 in terms of rural employment, sustainability and international investment. But the ground is starting to shift in terms of betting revenue and, crucially, where its directed. Irish racing can't presume to have the pitch to itself anymore.

Who knows where such a funding outlook might end up: maybe ultimately in a situation where Irish racing's financial outlook is bound up in encouraging a global market to bet on it but with all the customer-friendly change that would demand.

Since there's hardly a shortage of coverage about the upcoming Cheltenham festival - the biggest betting week of the year generating an estimated €300 million for betting shops in Ireland and Britain - there's hardly much of a premium on yet another opinion being thrown into the predictive mix.

But for what it's worth this corner likes Springfield Fox in the old 'four-miler' on Tuesday, has a sneaky fancy for Francin if he lines up in the Coral Cup and plans to bank on both Defi Du Seuil in the Champion Chase and Envoi Allen in the Ballymore. That's the kybosh put on those blameless creatures.

But if near unanimity can be achieved about any prediction this week it is surely that Rachael Blackmore winning one of the championship races and/or being crowned top jockey will be the ultimate result for racing in general. This is an attempt at explaining why - Barriers broken, Rachael Blackmore rides on to greater heights

The World Health Organisation has urged governments worldwide to wake up to the expanding threat of coronavirus. European governments are restricting the sizes of public events. Churches are suspending people shaking hands for the sign of peace. In the midst of all this racing's little parish is counting down the eight days to Cheltenham. Given the rate of spread of this thing a week looks like being a very long time for a spike not to occur in Britain. If that happens the odds on the National Hunt festival being unaffected will only get longer.