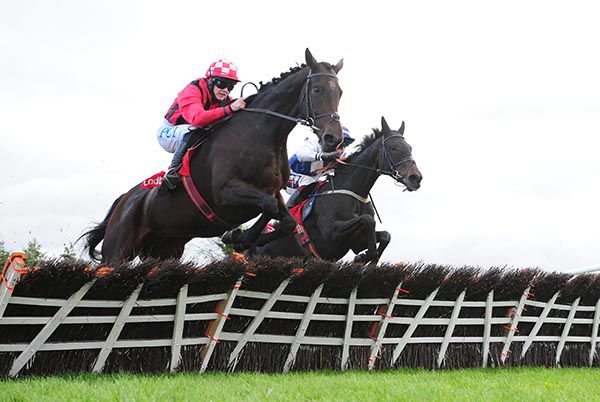 I really enjoyed riding out for Arthur and it was great to get that winner for him at Punchestown.

I head to Ballinrobe on Saturday where I will have 3 rides.

The first one is on Sovereign Gold (1.35pm). She was 2nd in a point-to-point, before going on to win 2 races at that level. They were all on soft or soft to heavy, so she should handle the testing conditions here. I’m really looking forward to seeing her on the racecourse. She seems to be going well at home and we can’t wait to find out what she can do on her first run at the track.

Next up, I partner Bloodstone (2.05pm). He was disappointing the last day. Hopefully he’ll be better on a less undulating track than he was on at Downpatrick. This should suit him better, so I’m positive about seeing him run a better race here.

Then we're onto My Uncas (2.40pm). He hadn't run in a long time before he ran at Listowel. However, I feel like he will come on for that run. So, we should see a much better performance here and he could well be in the shake-up at the business end.

Onto Cork on Sunday where I have 4 rides. The first on is Knockmoylan (1.35pm) for Ellmarie Holden. He's been running very well in bumpers recently and has a point-to-point run under his belt. 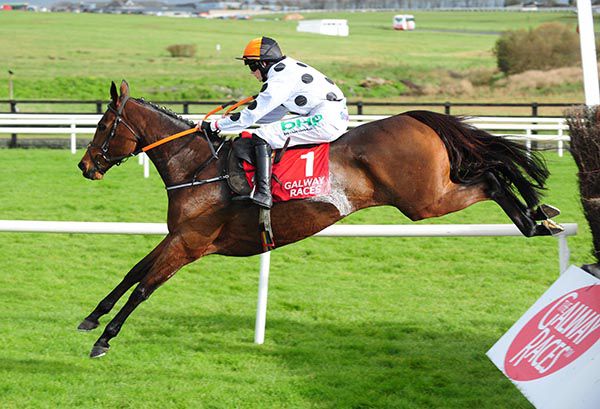 So, he's a lovely ride to pick up and hopefully he can get his career over hurdles off to a good start. Ellmarie does a good job with her horses, so I’m looking forward to riding him.

My next ride on Sunday is on Ballyadam Destiny (2.42pm) for Terence O'Brien. This is my first time riding this fella. He wasn't beaten too far the last day and is in blinkers again here as well as a first time tongue-tie. Hopefully that will bring out the best in him and we can be in the mix at the end.

My third ride is on Room To Room (3.17pm) for John McConnell. He was second the last day in Galway. That race developed well for him and he was only narrowly beaten so if he can put in a similar performance, he'll be there or thereabouts again.

I'm on to Daybreak Boy (4.27pm) in the beginners’ chase. He jumped okay at Killarney when Robbie Power rode him. Since then, he seems to be to be going well at home, so we're hoping he can put it in a good performance with the yard in fantastic form.

My final ride of the weekend is on Abbey Magic (5.00pm) in what's a very competitive race. She ran very well after a long lay-off at Kilbeggen the last day. Visioman just chinned her at the end there, so we’re hoping she can put in a big run and go one better this time.