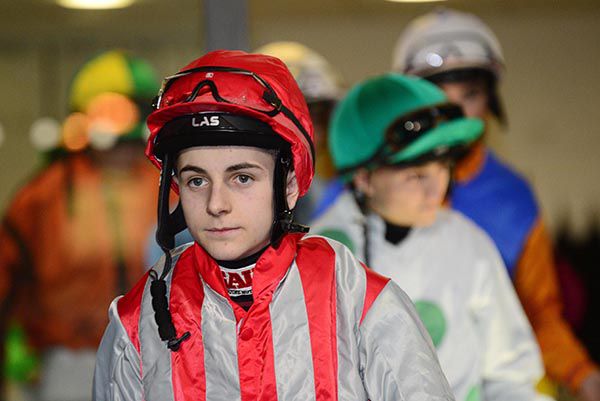 He was like a father to me. I asked Kevin if he’d be interested in helping me out and he set it up for me. Luckily enough, Pat took me under his wing. Every day he used to ring me after racing to discuss what I was doing right, and more importantly, what was wrong.

He was different class. He didn’t have to help me, but he did. If there was criticism, it was constructive. I learned so much from him. When I started riding for Dermot Weld, he had ridden all those horses and he knew every little detail about them. It was a huge help.

The last time I cried was as a young lad at my grandmother’s funeral six years ago. It brought a tear to my eye when I heard about Pat. It was heartbreaking. I hadn’t been in contact with him in recent times — I obviously didn’t want to be annoying him. I’m heartbroken I didn’t get a chance to say goodbye to him.

One of my most treasured possessions is a photo of when I was presented with my champion apprentice trophy at the flat season finale last year. Pat was sick but he came and stood on the podium with me. That was massive.

They asked me to say a few words about him on Racing TV and it was so hard to talk.

When I rode my first winner, on Sharjah, on the 15th of December 2017, he walked over from the opposite side of the weigh room to congratulate me. He went out of his way to do it and he really meant it.

He had won on Sors, who I learned to ride on. That was the first day I ever led up a horse. It was the Curragh on the 2nd of May 2016, and I was so raw I didn’t even know where the winner’s enclosure was. Pat had to direct me where to go.

I was relieved because I was still a very weak rider and Sors had run riot on me on the gallops the day before. I couldn’t hold him. But Pat spared my blushes and he won well.

I will always know how lucky I was to have a little bit of exposure to his wisdom. I always said if I could even be half as good as him, I’d be delighted.

It’s a pity that it took for him to get sick for people to realise how good he was. He only got the recognition he deserved in that last two years. I suppose that’s the way it always is and at least he got to see what people thought of him.

I won’t be the only one who will never forget Pat Smullen.