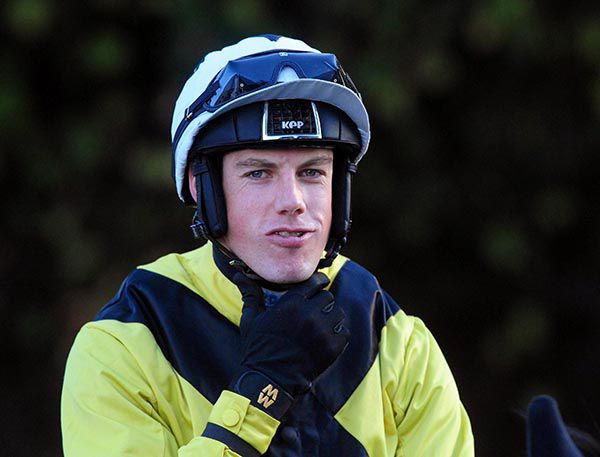 Why has it been happening? I don’t know really. I’m lucky to have a lot of good contacts at the moment. Emmet Mullins is a relatively new one who has given me six winners. Then there’s the likes of Michael Bowe, John McConnell, Mick Winters, Philip Fenton and Seamus Neville and James Dullea. James is a good friend of mine and I rode for him and Seamus in my point-to-point days. I have been riding for the Bowes a long while too and have ridden four winners for them so far this term

Frere Tuck is trained by Willie Mullins and I’m three out of seven for Willie at the moment. You are never without a chance when you’re sitting on one of his. It’s great to be on the team there, to just work there. I’m in Closutton a couple of mornings a week and it’s great to be riding real nice horses in their work.

I spread my time between Willie, Emmet, Michael Bowe, Philip Fenton and John McConnell during the week, but I try and ride work for as many people as I can. I’m riding plenty of work for Colm Murphy now since he went back training as he gave me plenty of rides prior to taking his break.

It’s important to have a good spread of trainers to ride for. You have to work hard and try and do your best for each trainer.

I always thought that success breeds success and these things flow. That seems to be the game racing is for sure. That’s the way it works and you build up a bit of momentum. The trick then is to keep it going!

A part of that is having a really nice horse and I am hoping Cape Gentleman might be that. When Emmet got him we knew he was a nice one and it was great to see him win the Cesarewitch, and for Emmet, having bought that horse especially for the owners. It rewarded his confidence. 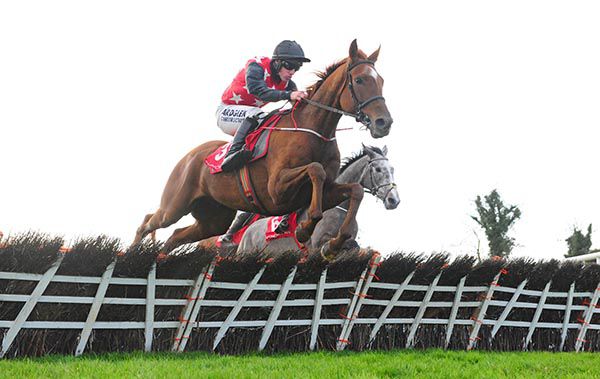 We were hoping he’d be a nice hurdler and we weren’t disappointed in Punchestown when he won his maiden. He has kept us dreaming anyway.

He’s entered in the 2m 6f Grade 1 novice hurdle at Leopardstown’s Dublin Racing Festival in a fortnight. I suppose it will depend on how he’s working closer to the time, but going forward, I think Emmet will be targeting the spring festivals with him. So you’re hopeful.

You need to be cautious though. You would ride these horses in maiden hurdles and rate them highly but it’s a big step up to the next level. We’re hoping he can do that. The fact he has raced a lot on the flat is a help in terms of maturity. He seems to have a good mind. He’ll be hardened to competition. He’s definitely one to look forward to.

Up to now, Hidden Cyclone is the best horse I have ridden in a race. I won the Grade 2 Fortria Chase on him. I actually won a bumper on him and then Andrew McNamara rode him throughout his career. Michael and Pearse were very kind to put me up on him when Andrew Mac retired and it was great that we had a big day in Navan. Fair play to them and ‘Shark’ Hanlon.

Shark was also a big help to me. I spent a lot of time with him. He helped me a lot when I had my claim. I rode a lot of winners for him and he got me going.

I come from Rosscarbery in West Cork. I used to do a bit of showjumping but during transition year in school I went into Thomas O’Leary in Clonakilty. He trained Newmill to win the Royal Bond Hurdle and a couple of Grade 2 novice hurdles as well before they moved him to John Murphy, where he won the Champion Chase in Cheltenham. Thomas also trained Preists Leap to win two Thyestes Chases. That gave me the bug for jump racing.

I came through the point-to-point scene then and have continued to just work hard and try to make myself as available as I can. I just want to try to keep the momentum going and hopefully I can do that. If I can find a nice horse or two for those good races at the festivals, that would be great and would certainly help but I’ll just keep doing what I have been doing and see where it takes me.