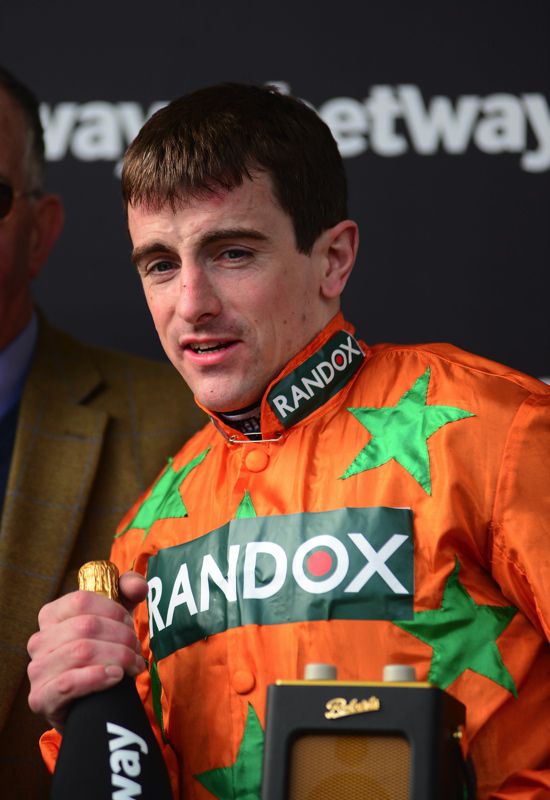 Becoming champion jockey in Britain after so many years’ graft, after starting off at Kevin Prendergast’s from RACE and 12 years after winning the conditional title, is something I will always treasure, although the way it all finished was unusual due to coronavirus.

I’m not riding out because trainers want to use their own staff to keep them in a job. So, like everybody else, we are in total lockdown here.

My Mom and Dad are retired now so there are basically on lockdown too. Dad has a couple of horses on the farm and he goes out and does them but they don’t leave home. It is worrying obviously. They are in their 60s. They border on the danger zone if they caught this virus. You are worried about stuff like that. But luckily my sister is looking after the job well at home in Armagh and there is not that much to worry about.

It’s like anything else. When you see anything negative or bad happening you always hope or pray it doesn’t happen to anyone you know. I have aunts and uncles in that bracket too, and my wife’s parents. Hopefully it doesn’t affect them.

When you are a jockey you think day to day. The weeks fly by. Any jump jockey is always riding. It is just the nature of the jump racing. You get a knock and you just keep going. I’m getting a good rest alright.

The breeze-up men, the flat trainers, the flat horses, the two-year-olds, I am quite close to a few that are in that game and I can see how it has affected them. You don’t mind a break for a couple of weeks to freshen the body and the mind up. But you’d be itching to get back at it now though, obviously, only when it’s safe to do so.

A few of my trainers, between three or four of them they could have the guts of 100 horses for the summer. Donald McCain had 60 and a few of the other trainers had 20 and 30. It is just the way it goes. From a selfish point of view, you would love to be racing, even behind closed doors. But when you take a step back and watch the news every day, 700, 800, 900 people dying in 24 hours (in Britain), that is massive. It is a worldwide crisis as much as anything. When you see people losing their lives you must have a bit of a dose of reality. It’s a small price to pay. But I do feel sorry for the people, the breeze-up consignors and the point-to-point consigners, even some trainers and jockeys and owners. Everyone, the men and women working at a race meeting in some shape or form. The media. It has had a massive effect.

It is a bit weird and surreal to just have had been named champion when it was confirmed that the season was over. One minute we were racing and the next minute we were stopped. I would obviously have liked to have finished the season off properly, gone to Sandown on the final day and all that sort of thing. As much for my family as anyone else. I am not one for the limelight. I know it is official and it is great, and it gives me huge satisfaction. It is something I am immensely proud of. But because we were just ripped away from racing and it stopped there and then, you don’t know how to sort of react. It’s not flat, but it’s strange. It will be in the record books though and that’s all that will count.

I am lucky enough that I can maintain a good level of riding winners through the season. I was a good bit clear. I wasn’t just one or two clear, it was 19. It was a shame what happened Richard Johnson. We were neck and neck at that time. A couple of days before he got the injury he was a couple of winners in front of me. Then I had a double at Ayr. Then we were at Newcastle and I rode a treble. He didn’t have a winner and the next thing he got injured. It was a shame. It was building towards being an exciting end to the season.

But injuries can happen. As it was, when he was out, we missed a week and a half of racing with weather. That’s the winter game.

If anything, I am even hungrier to do it again. I want to prove that it wasn’t a fluke. I was on course for my best total when the season ended so that would be a nice target too. But as ever, you need a bit of luck, stay free of injury and have the yards that support you in form. Hopefully that will be the case.