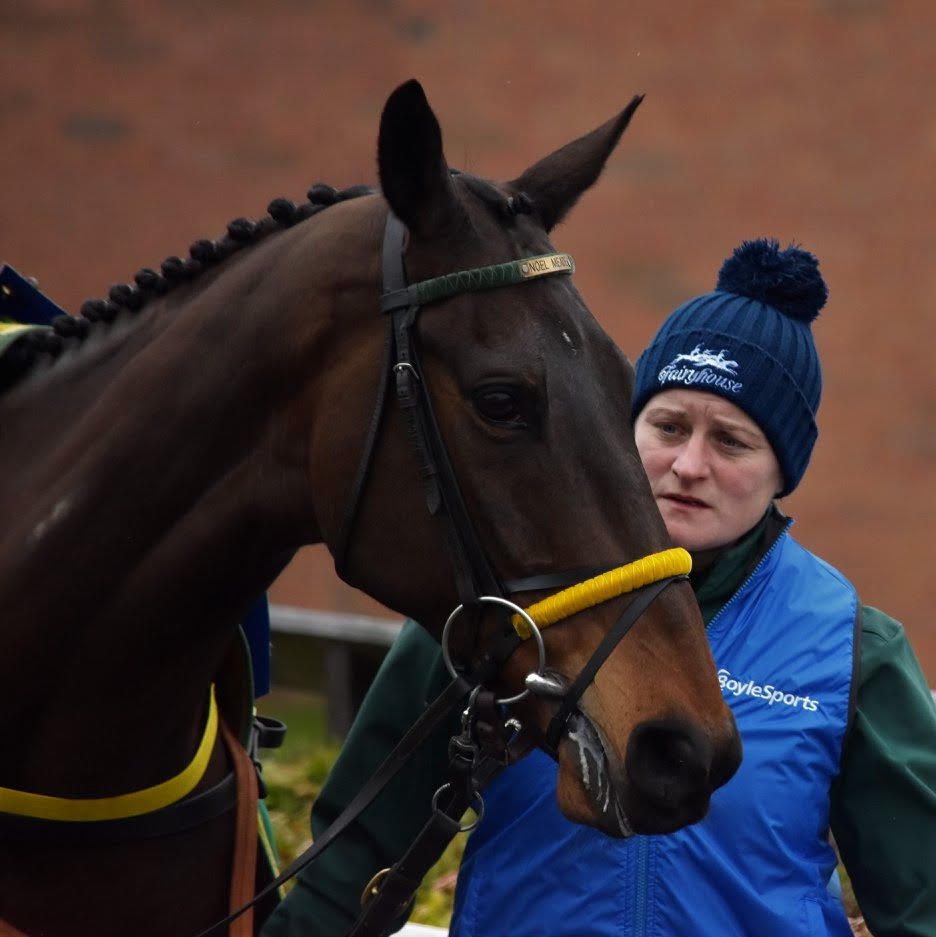 Another difference is that you would normally have the summer jumpers in. We do have more flat horses this year anyway. Noel has done well in the auction series and with new ones coming through, he has bought horses for those races.

The atmosphere in the yard is not too bad. It is weird for me, being home at five o’clock in the evening. Normally, you are looking at entries going, ‘Where am I off to this week?’ It is a bit weird.

Having that time would be grand but you’re not allowed go anywhere. We have been trying to take holidays to keep the pressure off and so as much staff as possible can be kept on, but you’re just at home with nothing to do. It’s very strange.

We have been lucky that the owners have been very good and kept their horses in.

But it’s very tricky to train them without knowing when you might be coming back. We were under the illusion that we would be in or around the 18th of May. That has completely changed now.

We understand what’s going on and how serious it is. But the way I look at it, going racing is no more dangerous than going up to the supermarket. We can actually social distance better at a race meeting than you can at the supermarket.

If you’re talking the end of June for racing to start back and end of July for jump racing, that’s four months off. And you couldn’t have Galway. You couldn’t start off National Hunt with a meeting at Galway. Realistically they need to go back and look at it.

I said it when it started, there was no reason they couldn’t revert to the calendar itself the way it was, to a point. If you missed major races you could put them in somewhere. If you had a split meeting, you could give precedence to the flat boys, because the jumps lads have Kilbeggan Friday night.

All the sales people don’t know what to do. A lot of them are starting to build websites and showcase their horses through videos. It’s very good and it’s a great forward way of thinking. But at the end of the day, if people are going to spend a lot of money on horses they want to see them in the flesh.

I know people are saying marts have been doing online trading. But that is a different thing altogether. From what I know of growing up around cows, you are going on breeding. I know people are going to say you do that with horses as well. But you could have the best-bred horse in the country and he could have terrible conformation and be really small. It doesn’t work that way with horses. You must have the breeding but you must have the walk and all the rest of it too. Or at least you want to see that before putting your hand in your pocket.

As people know, I have a special relationship with Snow Falcon. He is on his holidays. He is out with Face the Odds and Major Destination. All the Hunts’ horses holiday in Noel’s so because I am doing the paddocks at the moment, I can see him every day and bring him his carrots.

He loves carrots but is a bit of an oddball out in the field. Where is my carrot? Now go away! When he is on his holidays he is on holiday mode.

He is a good racehorse as well as a great character. Anybody would love to have him in the yard. He is very easy to do anything with. I am fortunate enough so far. I have had a couple of really good horses, including Texas Jack and Apache Stronghold. I have Pandorama at home. I rode him the last couple of years of his career. I took him home. Hopefully, if the Hunts allow it, Snow Falcon will be coming home with me too!

But he has some racing in him yet, whenever we get back. I would say best case scenario is the first week in June. I would have taken that last weekend anyway. You are realistically three weeks away. If you are talking the end of June, well we were on about staff shortages as it was. If this carries on until the end of June trainers will have to let lads go. By then, the building work will be back up in running and if the lads go and get jobs there, some of them won’t come back unless they really love it, because they would have been let go in the first place. As it is, it’s nearly impossible to get good staff.

Netflix has been a saviour. I never watched much television because I would never be home at five or six. I’ve even gone back running to fill some of the time I haven’t had in years, even with my reconstructed knee after doing my cruciate in my camogie days. I’m not going too bad but I’d prefer to be going racing. Hopefully, we’ll get back to it sooner rather than later.