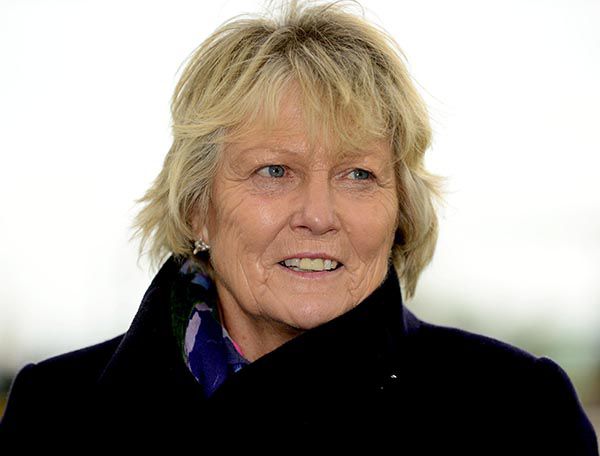 I will have a select team this year. I have never believed in bringing them over just to participate.

Preparations have been a little messy because of the weather. At home is fine, that has been no problem at all. The difficulty was the meetings that were postponed. But at least they look to reschedule them I Ireland. The racecourses are amazing in that regard and HRI are fantastic to put them on again.

It’s funny how people talk about Supasundae being a bit of a forgotten horse for the Champion Hurdle. Maybe more are talking about him now but people can have an opinion.

He is in great form. I was absolutely thrilled with the way he ran in his first race of the season at Leopardstown, finishing fourth beaten less than five lengths in the Irish Champion Hurdle. We just got off to a very slow start this year with him. He will come on a ton from that.

The trainer might have finally gotten it right with him as well. Two miles around Cheltenham might be the right trip for him because he just doesn’t get up the hill over three miles, although he was second in the Stayers’ Hurdle two years ago.

I stay with Nicky Henderson during the week. We are friends a long time. Last year he had Buveur D’Air and we thought he was a penalty kick. That was why we avoided the Champion Hurdle. But you should never be afraid of one horse, it’s the old adage. I didn’t even give myself the option of making a bad decision this time. He had only one entry.

He has always needed a couple of runs to hit peak form, which is why we were so happy with him at Leopardstown but we had a lot more done than we usually would so I wouldn’t be concerned about him needing another race.

In fact we had a lot of work done with him before Christmas and planned to run him then but he just wasn’t quite ready. So we were happy enough that he was better than he normally would be first time out and he showed that. He travelled much better than he normally does. I didn’t put the cheek pieces on him because I am keeping them, or even blinkers, for Cheltenham.

I expect Supasundae to run really well. He won’t mind whether the ground is soft, it might slow the others down. I think he has got a great chance. He has beaten most of those horses one way or another somewhere. I know he is getting a year older but he doesn’t seem to be showing that at home.

Neverushacon will take his chance in the Cross-Country Chase. He is an extraordinary horse because he has won on the flat, he has won over hurdles, he has won over fences and he won a cross country at Punchestown last month. We thought this year we’d give it a go as he is such a good jumper. That was his third run over the banks. He was second, then fifth in Cheltenham, which will be a great experience and now has the win. He absolutely loves it. I just don’t want heavy ground like they had in December.

I am taking a chance on Silver Sheen in that he hasn’t run since winning the Pertemps Qualifier in Warwick in January and I am hoping that 136 will get in. If it doesn’t, he will run in the Albert Bartlett but he has been in good form, is going in the right direction and has won his last three races so fingers crossed with him.

He is just a galloper. He is not a very fast horse but he stays very well and he jumps very well. I know he is a novice but he will really appreciate the Pertemps because they will go a good gallop and he will stay every yard of it.