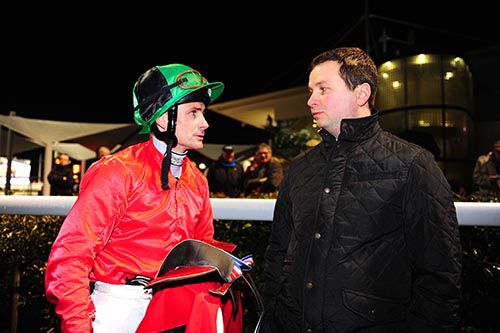 When Bounce The Blues strode ahead under Kevin Manning to score in the Listed Owenstown Stud Stakes at Naas last Sunday, it was not a big surprise, even if she went off at 20/1.

She was a bit unlucky on her first two runs. The first day in Gowran she was drawn wide and ran a little bit green, hit the front a furlong and a half down and had a bit of a blow before finishing fourth. The next day, at the same track, nothing worked out for her. She was drawn completely the wrong side and SeÃ¡n Davis didn’t knock her about once her chance had gone. Epona Plays won that race and went on to be fourth in a Listed race.

The way we train them, they always improve. We wouldn’t kill them at home. So she went on then and won her maiden well over the course and distance at Naas, beating So Wonderful by almost two lengths and So Wonderful came out and one twice after. So Wonderful won her maiden at the Curragh and then beat a good colt of Willie McCreery’s, Up Helly Aa, in a Listed race Killarney.

Course form is a big thing around Naas and our filly came forward again the other day. Kevin was very impressed with her.

It was a nice landmark to achieve as we sell most of our best horses and we have never overfaced them. We had three or four placed in Listed or group races before Bounce The Blues from not a lot of runners. Most of those were sold on to Hong Kong and places like that.

Ireland is very competitive and it’s hard to get a good quality horse. Even the horses I sold wouldn’t have cost a lot at the sales. I had one horse that cost €3,800 and went through the grades and was group-placed in Hong Kong. Invariably, if we win a maiden in Ireland they’re sold. It’s just trying to keep a bit of skin in the game.

We had a niche a couple of years ago with claimers and we won a lot of them. I probably changed the whole dynamic of claimers. When I bought Yuften, there were no horses of that quality running in them. He won four of them for us in total, including three in a row after we picked him up.

Then he ran well in a couple of handicaps, was fifth in a premier handicap off 93. I thought he was getting a bit old but Ado McGuinness and then Denis Hogan and the boys got a great run out of him after. People thought I was a lunatic putting him in a claimer off a rating of 90 but he had won three times, had turned a profit after being bought for seven grand and then added the prizemoney and the claiming price from his fourth win. The man who owned him bought another horse for €8,000 with a friend of his that has won twice. So it worked out well for him too. 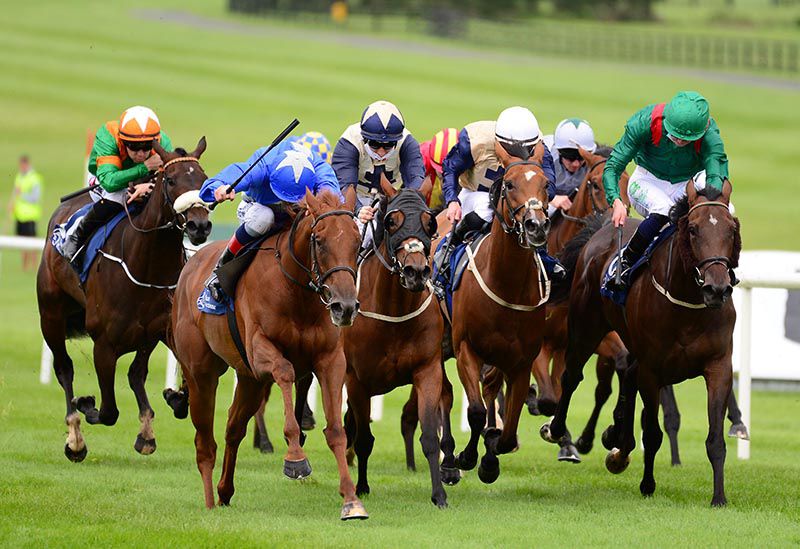 I would love there to be a lot more claiming races. I have four or five horses here that could run in them that will win races for other people, that people could have the craic with. I’d like to turn them over but if I take them to the sales, I mightn’t get what I’d get for winning the claimer with the prizemoney included. So they’re taking an opportunity away from a lot of trainers that like to trade and refresh their stock without spending a huge amount of money, and owners that just love the day out racing and have a chance of winning a race, getting some prizemoney and maybe picking something else up to go again. All without it being too expensive.

We bought Elusive In Paris out of a claimer that won four times and was second six more times. We bought Free Running from Simon Crisford. She won her maiden in Laytown, was fourth in a premier fillies’ handicap to Kadra, who was a Listed winner after, and then we won a fillies’ claimer. No-one would claim her so she went to the sales the following week and sold for €25,000. There was profit there but people weren’t claiming at the time. She did the job in a few months for us.

The claimers are required even more now because I would run a lot of those types of horses in England and that’s impossible now with Covid. I had 11 winners in England two years ago — Ana Lichious won three times. And those type of horses are going to struggle here.

I don’t know who’s objecting to it? Is it the Owners Association? Is it HRI? Well I’m an owner and 99 per cent of my owners have no problem with me running a horse in a claimer if I want to move it on for them and the fact they can’t go racing now will make no difference. Shane Lyons was right. The owners’ interests are not being represented here at all. It’s ridiculous.

It is a pity owners can’t travel but Covid-19 is very serious, a worldwide thing and I know a couple of people that have had it and are still struggling months after. We cannot take any risks with it. Most people understand that so owners not being at the races is not a valid reason for there being so few claimers.

All I can do is do my job right every day. But the majority of races in California and Canada are claimers. They should be a major part of the programme for keeping trainers going, giving owners a great time and giving horses opportunities because it’s so hard to win handicaps in Ireland.

Bounce The Blues has been a great success for her owner-breeder Jim Browne of Kilnamoragh Stud, who has always been a strong supporter of mine. She has earned a well deserved rest now and we’ll just take a bit of time to see what is next. But we couldn’t be happier with what she has done so far!