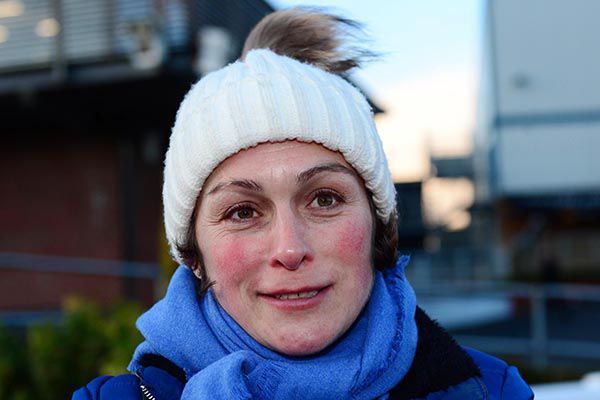 We were delighted to see Colonel Mustard get off the mark at the second attempt in Wednesday’s bumper at Punchestown in such good style, winning by four and a half lengths. It’s a good boost as Lady Heath contests the Listed mares’ bumper at Gowran Park this evening (Friday).

Colonel Mustard was ready to run this time last year and there were always little things, like a stone bruise — just little things that held him up. Then we went into Lockdown. He’s always been a lovely horse, a real show-off, but he came back this season a lot more mature.

Then he went down to Killarney for his debut. He was very switched on going there, he’d had a few schooling races but he came back a different horse after finishing second. The penny dropped and from being an adolescent, he grew up.

He showed that on Wednesday. He had been working very well. I had a few entries for him but the ground was too quick. Luckily the rain arrived as I wanted a cut in the ground for him. We were hopeful going in because he’d shown plenty at home. Ãine O’Connor gave him a beautiful ride. He hadn’t a hard race and was bucking and kicking the next morning.

He is exciting. He’s not a giant by any means but has got a lot of size. He’s very well bred — essentially flat-bred really — but he’s a very striking horse in every way. From his colour, to his size — he’s very good looking I suppose. As a stamp of a horse, he is rather nice.

He has done a lot of schooling and will go over hurdles next. Obviously it’s a different story in the melee of a race but he jumps well. We’ll give him four or five weeks because while it didn’t look a hard race, a race is a race. If you go to the well too quick at that stage of their careers, you can undo all the good work. 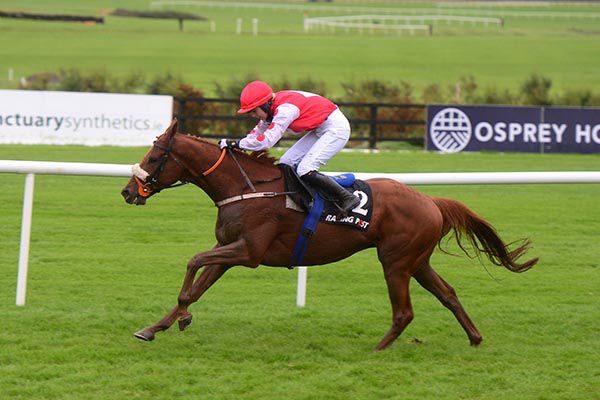 He runs in the colours of Olivia Frost, wife of Alex, who has been such a huge part of Rahinston since my husband Harry and I moved back here. Harry and Alex work well together, so hopefully they have some great fun with Colonel Mustard.

Lady Heath has some really hot opposition today but she 100 per cent merits her place in the line-up. She won on debut at Down Royal in January before finishing fourth at Naas. She ran a really good race back in Down Royal and got beaten by a good horse in Sheer Liss, giving seven pounds. They resume rivalries off level weights today.

She’s a lovely filly. She’s done very well. I wouldn’t say she’s changed an awful lot since last year but she has the maturity. She does need to settle. She’s a Califet. Keep her moving and she’s happy.

I’ll just check the ground and if we’re happy, she’ll run. Then we’ll get going with hurdles. She has schooled well. But it’s a no-brainer for a filly of her calibre to go for such a valuable bumper as today's.

Politesse is a bigger, stronger girl this year, considerably so. I haven’t sat on her yet, because she has her regular riders but I’m very happy with her. She takes plenty time to get fit being that size and with those big lungs to fill but provisionally, we’ll look at the Grade 3 hurdle in Down Royal at the end of the month. Ultimately she’ll go up in trip for sure but I think that seems a sensible starting point.

We have some nice youngsters coming through. We have a particularly nice Presenting filly. She has a big engine but we just need the body to fill in to match it. She’s got a big frame. She’s doing plenty but I won’t race her until the spring I wouldn’t think.

We are a small team but I wouldn’t be averse to taking in more horses and growing the operation, without getting so big that we would be unable to give the horses that individual time that they benefit from. It’s something you’d like to do gradually.

We are lucky that we have such natural facilities here, especially the grass gallop, but we have so much space we can mix it up all the time which I think is beneficial to all the horses, but especially the fillies.

We are looking to get Rahinston Racing going as a vehicle to race our well-bred homebred fillies. We will source syndicates offering them all the enjoyment of the ownership experience between coming to watch them work and seeing them race in their colours. Hopefully, it will be a mutually beneficial exercise.