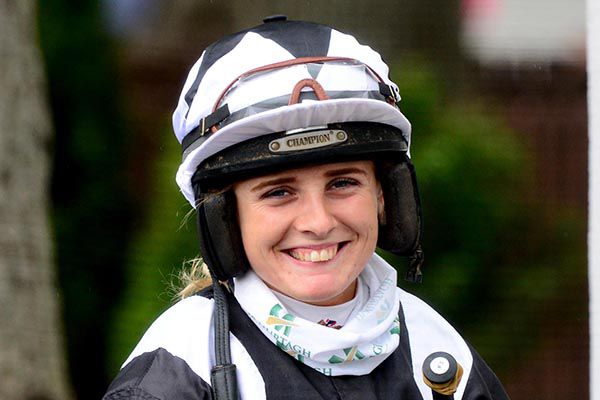 People often wonder where I got my first name from, thinking there is some Russian blood in the family or something. The truth of it is that Daddy just loved the Elton John song so much, he named me after it. Everybody thinks I’m not Irish but I’m an Offaly woman true and true, from Birr.

It has been a breakout year for me so far, to record my first winner on Lord Rapscallion at Bellewstown at the beginning of July and then add a couple of more winners to that at this stage, bringing my claim down to seven.

That was my goal at the beginning of the season and I couldn’t be more appreciative of Johnny Murtagh for giving me the opportunities.

I had gotten very close to getting off the mark less than two weeks before, when chinned on Trueba at Gowran Park but it was probably fitting that Lord Rapscallion was my first winner, as I ride him out every day at home, and I went on to win an apprentice handicap on Trueba at the Curragh afterwards.

Knowing Lord Rapscallion so well is a great help. I know him like the back of my hand. It was amazing when we got off the mark together. I was top weight so I didn’t expect to win. Johnny was putting me on because he wanted me to get a winner but he didn’t know if I’d handle Bellewstown. It’s a tricky, tight track for a 10-pound claimer.

He said to go out and do what I could. I was drawn wide, so he just wanted me to stay safe and hopefully we’d finish strongly. 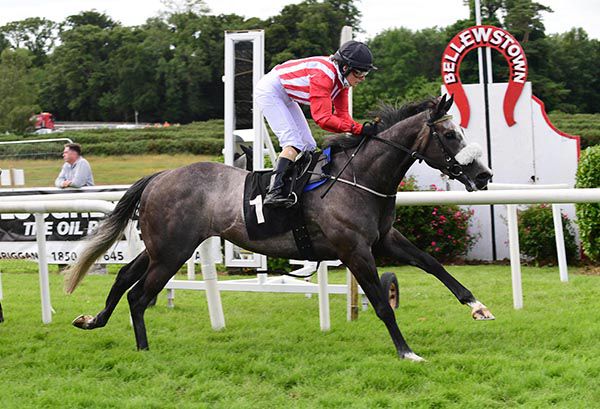 Coming into the home straight, I knew he was going to get there because he was just travelling with ears pricked. I know there was a bit of interference but he had plenty in the tank. I got a two-day suspension but that couldn’t take the gloss off the day. Johnny thought it was hilarious.

He is very fair and has given so many of us chances this year and the horses are running very well which is great.

He’s a great teacher. He’s hard on me but it will benefit me in the long run. He’s making me better and it means a lot to know he has faith in me.

It was fantastic to win on Trueba at the home of flat racing a couple of weeks later and then I won again on Lord Rapscallion, at Gowran Park, last week. That brought me down to my seven-pound claim and I’m over the moon with that.

He’s such a legend of a horse. He runs for me. Shane was on him in Galway, but Shane said he missed the kick and wasn’t interested. So Johnny put me back on him at Gowran where he pinged the gates and flew home.

He’s on a rating of 102 now so the plan will be Irish Champions Weekend, at Leopardstown I think. Hopefully, I’ll be partnered with him again. To even have a ride at Champions Weekend would be something else, another step forward.

I was always into horses and my uncles had Connemara ponies and showjumpers so I started off with them. One of them worked part-time with Shane Broderick, getting the horses ready for racing, so I used to go up there and I just fell in love with it. Shane told me about RACE so after I did my Leaving Cert, I went in there. I did a small pit of pony racing as well, which was a great experience.

At RACE I was placed at Adrian Keatley’s and stayed with him for two years. He signed me on for a year and gave me two rides to get me going. Then I asked Johnny if he had any riding out jobs available. I started with him in October 2017 and in the December he asked if I wanted to sign on.

I’m 23 now and you’d have to be happy with the progress made in that time. Now I want to just ride as many winners as I can, keep improving and show that I’m well able to go forward in the game. By the end of next season, I’d love to get down to five, though it will be hard. But when you’re in a good yard like Johnny’s, you’ll have a chance.

I signed on with Ruaidhri Tierney as my agent just after I went down to my seven-pound claim last week and hopefully he will be able to get me some outside rides. Sometimes I ride out for Dermot Murphy at lunch time and he gave me a few spins on the all-weather on Early Strike. Hopefully, I have another ride for him in Cork on Tuesday, Complete Fiction.

I ride Trueba back at the Curragh tomorrow. He loved it there last time but obviously has more weight now and I have less to take off but we have a good record together and hopefully we can keep it going.