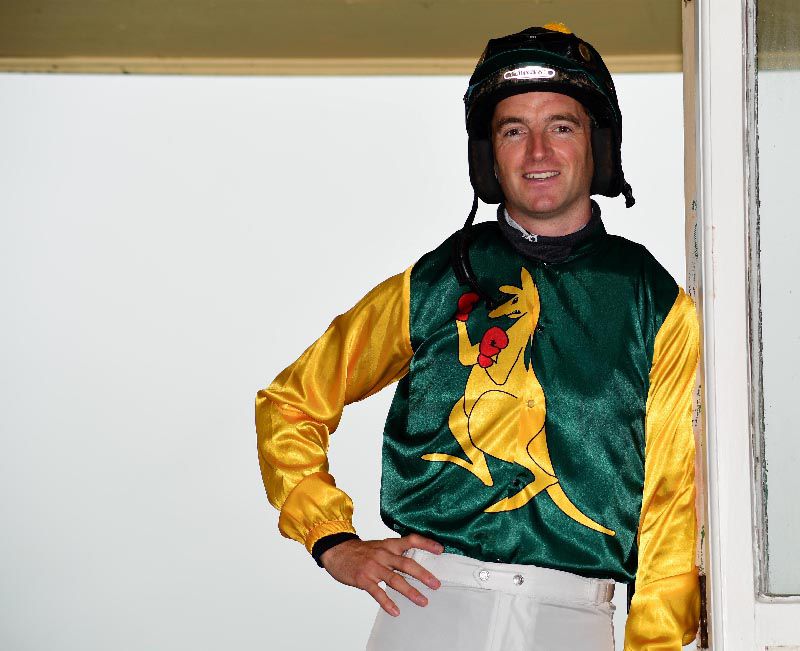 This has been a good time of the year for me and it will be hard to replicate the Christmas I had last year, when I was lucky enough to have the chance to win Grade 1s on Faugheen in the Matchbook Betting Exchange Novice Chase at Limerick and Sharjah, repeating our Matheson Hurdle success of 12 months previously.

Faugheen was undoubtedly the highlight. The reception he got down in Limerick was extraordinary. The crowds deserve huge credit. The wall of sound that hit us as we jumped the last. Usually as a rider, you don’t hear the crowd, but by God when he landed at the back of the last there was some roar.

It’s the stuff you dream of. I’m very lucky to be in the position to ride those kinds of horses. For Rich Ricci to let me sit on the likes of Faugheen and Sharjah is magic but unfortunately that’s last year. We have to try and do it all over again.

Sharjah has won at Christmas the last two years and we’ll hopefully get him back to go for the hat-trick. I’m hoping Concertista runs in the Matheson as Paul (Townend) will probably ride her and that means I’ll get back on Sharjah.

I think he could be a huge price as he loves the dry ground there and loves the track. Last season in the Champion Hurdle (in which we were second), it was such a big field and we dropped out. In a normal year if there had been seven or eight runners we’d have been five lengths closer.

Would that have turned the tables with Epatante? Maybe not, but if it was a smaller field in March I wouldn’t mind another crack at her.

Saint Roi looks to be our number one at the moment. I know he hasn’t won a Grade 1, but he has huge potential. He’s won around Cheltenham and for me, at the moment, he could be the Champion Hurdle horse. 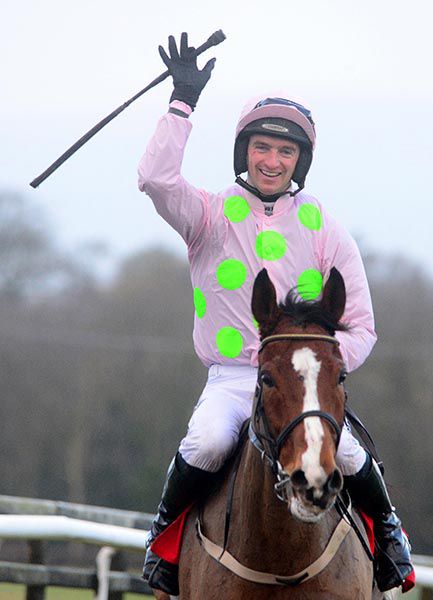 Patrick and Faugheen at Limerick last Christmas
© Photo Healy Racing
I don’t particularly think he needs a strong pace, for whatever reason he just got fresh in the Morgiana.

Saldier hasn’t run since winning the Morgiana last year and he is also a very exciting horse. He was probably going to beat Espoir D’Allen in Naas the day he fell. He got a nasty fall there, which put him back, and he’s very fragile. We chose not to run him in the Morgiana or Hatton’s Grace as we felt he wasn’t ready enough. You don’t want to be too hard on him at home either, so it’s a balancing act. He’s going to be better in March whatever he does at Christmas.

It’s a busy time for us. We have 200 horses in the yard. We probably get going a little later than some other yards. A lot of the horses have had one run before Christmas and you’re trying to prime them for those four days.

From my point of view, I wake up at about 11 and a half stone most mornings. For the bumper weights that’s fine. If there are a couple of spare professional rides going, I might have to watch what I’m eating but I don’t really like Christmas pudding anyway so I’m lucky!

Last weekend, Min was spectacular to win the John Durkan a third time. I’m raging that I can’t watch it back because the fog meant there was little to see. Some of the leaps he put in down the back straight, I was just lying down his neck and he was still coming up, probably earlier than he should have!

It was great to be able to get my leg over him. He’s been a super horse. I think he’s run 19 times for us and won 11, seven or eight Grade 1s. He’s a very rare type of horse. He didn’t have a run between Punchestown and the Dublin Racing Festival last year and I wouldn’t expect that to change as Willie is a creature of habit.