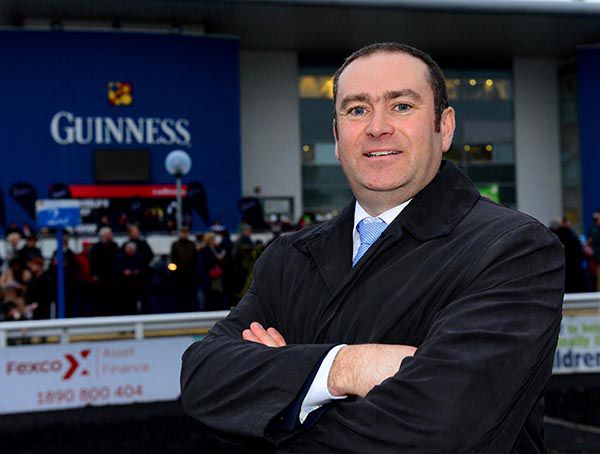 As general manager of Limerick Racecourse, I am looking forward to our Christmas Festival immensely, and what a way for it to kick off with the Matchbook Betting Exchange Faugheen Novice Chase which is in its third year now as a Grade 1.

We have renamed it in honour of the 11-time Grade 1 winner who left such an imprint on us here when claiming the race in such style 12 months ago under Patrick Mullins. And as Patrick and others connected with Faugheen have said since, the race, the occasion and the response left its imprint on them too.

It was one of those moments where you’d throw a summons up in the air and it would come down as a 50 euro note. It all went right for us. You need a bit of luck and of course the harder you work, the more likely you are to get it. We were a long time trying to get the Grade 1 and I think we’ve demonstrated in the first two runnings that it has added to the Christmas programme. It now creates a debate after the Drinmore — who’s going where? And getting people talking about racing is what we all want.

It is another option too. We are two and a half miles on slower ground, so we felt we weren’t taking from Leopardstown. It would have been very hard to see Faugheen going over two mile one on faster ground than we had last Christmas. So the race suited him perfectly. So we were providing something different.

For the race last year, there were three standout ones you’d be looking for and you thought if you got two of the three — Fakir D’oudairies, Samcro and Faugheen — you’d have a race. Faugheen was the one you really wanted of course as the people’s favourite but Samcro being there gave the race a real air of expectation and uncertainty as regards how it might pan out.

You could sense the buzz leading into it. You could feel the atmosphere. The place was heaving. Then they kicked off and as they jumped the last off the back straight and came around the top bend together — I was at the top of the stand and the electricity went through you. They jumped the second last together and the hair stood on the back of my neck. The roar then that Faugheen got when he jumped the last.

He came into the parade ring and I’d say the crowds were easily eight or ten deep trying to look in. That’s no exaggeration. Patrick was great after, giving plenty of time to talk about it. He’s mentioned it several times since, but I could be in Limerick Racecourse as manager for the next 20 years and it will be very hard to beat that. And the race stacks up in terms of form, as it always has done. 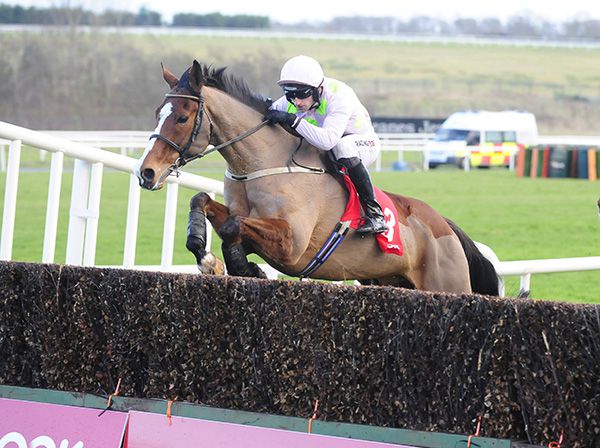 It was a very good Grade 2 for a long number of years and we are continuing to try to build the status of the track and the Christmas Festival. I make no secret of it but our aim is that we would have a Grade 1 or Grade A on each of our four days at Christmas.

We have the Doran’s Pride over two miles seven on the second day of Christmas, which Faugheen one in his novice hurdling days, and we’d be hoping we might get that up to Grade 1 status as well. We have the Grade 2 Sporting Limerick Hurdle on the last day for four-year-olds only over two miles. That has been newly upgraded. It was won the year before last by Espoir D’Allen, who went on to win the Champion Hurdle. You have to earn your status and it will have to be three years as a Grade 2 before being considered for promotion — or relegation. We’d be hoping it’s a promotion.

Then we have the Tim Duggan, a Grade B handicap chase. We moved that to avoid a clash with the Paddy Power in Leopardstown. So again, it gave trainers an option if they didn’t get in at Leopardstown or things didn’t go according to plan. So we’re striving to improve and that can only be good for the sport. I firmly believe a rising tide lifts all boats.

It hasn’t been an easy time with Covid 19 and we have endured significant losses. We lost the Students’ Day back in April, which would be a massive day for us. The tickets were sold so they had to be reimbursed. Munster National Day was behind closed doors, Christmas will be behind closed doors, next year’s Students’ Day will likely be. It’s the accumulation of losing one big event on top of another big event on top of another big event is what’s going to eventually catch up with us.

Now you’re hoping the vaccine will have an impact, very hopeful that this time next year, the whole thing would be a distant memory. It mightn’t be but you’d be hopeful. I’m standing here in the office on my own, and in the last 20 minutes the landline hasn’t rung once. Normally it would be ringing off the hook.

A couple of months ago I was dreading the Christmas Festival and the preparations for it because what you didn’t want was a situation where you did all the work and you mightn’t be allowed to race. As it turns out we’ve raced during Level 5 in the meantime and everyone in the industry deserves massive credit for demonstrating how responsible we have been as an industry. It’d be easier to get into Fort Knox than a racecourse at present, with all the screening that’s done and that’s only proper order. There’s a lot of people employed across the industry.

No different to the hurling and football that’s been going on the last few weeks, the racing is providing entertainment for people that have nowhere to go to. And all the indications are that we will be providing that entertainment again, with 12 holding their ground for the Grade 1 Matchbook Betting Exchange Faugheen Novice Chase.

I approached Willie Mullins about naming it in honour of the horse and wanted to be sure that the owners, Susannah and Rich Ricci would be okay with it. He said they would. I wouldn’t say there are too many races named after horses that are still in training, not to mind a Grade 1.

Envoi Allen is the headline act holding his ground and though there has been talk that he might wait until Naas, things are always changeable and it’s great to see him, Monkfish and Asterion Forlonge in the mix at the moment, and Willie has shown how keen he is to win it with five of the 12 that are remaining. It is laden with quality and we can’t wait now.