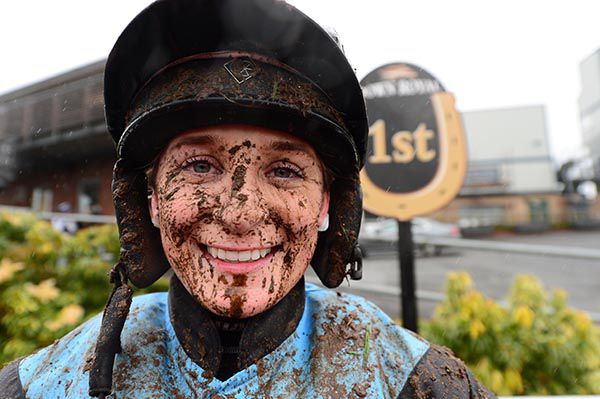 The amount of response and feedback from people and the support has been incredible and hopefully I can build from that now.

We were unsure whether he would have handled the testing ground or not. Gavin just said to me, ‘Go out and ride your own race and whatever happens, happens.’ He handled the ground and he travelled and he jumped. Turning for home he kept on picking up.

I just thought, ‘Jesus, I am going to ride my first winner here.’ People always said to me, ‘When you ride your first winner it is going to be on the one you least expect.’ I have often ridden fancied horses that finished out the back. You would be thinking maybe it’s you, what did you do wrong. And it isn’t always the case that you did anything wrong. Thank God on Tuesday it all worked out and the reaction has been great.

I went from amateur to professional in January 2019. Pat was the one who pushed me to go professional. I didn’t know whether I wanted to or not because I was working for Mick Goff in Wexford and I had a good job there. Mick was another who pushed me to grab the chances while they were there and he encouraged me to take up Pat’s offer.

I went and worked for Pat and he gave me every chance he could. He convinced owners and got me on horses. He was very good to me. I didn’t ride any winners but he got me lots of experience which I needed. This season Pat had to let me go because things weren’t going our way. Horses got sick and that.

I ended up riding Blue Heather for Gavin in Roscommon last July and we were just beaten by a length. I said to Gavin I was struggling to get rides, could I come up for the summer and see how we got on. He said no problem. I got a few outside rides and I have been riding in the new Ladies National Hunt Series. Gavin has given me a few more chances.

I thought though I was coming towards the end of my career because I wasn’t getting that many rides. School was never something I wanted to do but I was thinking I would have to end up going back to college because there wasn’t a career for me in race-riding.

Then Gavin said to me the other day, ‘Could you ride that horse?’ I said yeah and it all worked out. I am back on track now.

I was reared around horses. My father had a stud farm and my mother worked with him too. The recession hit then and we had to sell up. I lived 10 minutes from Denis Murphy at home. I started riding out for Denis. Himself and Jamie Codd and all the lads really helped me. They wanted to teach me. I wanted to learn and they were very good to me. The like of Denis and Mick were both very good to me at home and got me going. They taught me an awful lot.

I had a good few rides in point-to-points for Katy Brown and Mick but then after I started going into Pat, he said I was light enough and good enough to turn conditional. I thought I couldn’t be but Mick told me to grab the opportunity so I did. I appreciate that and the fact that Pat showed so much trust and support after that. Even now, he is still so supportive.

Of course, everyone knows the other professional National Hunt rider better than me. Rachael is a great role model, not just for her riding but for her personality. She is such a loving, caring person. She would try to help you out no matter what.

These are strange times with the coronavirus but I can assure you having nobody at Down Royal on Tuesday made no difference. Obviously, people’s health is the most important thing but it seems to be working well racing behind closed doors now and I hope it continues because hopefully I’m after proving a point that I can do the job. Hopefully Gavin will be able to give me a few more chances. The horses are flying at the minute so any ride you’d get from him would have a chance. I need to build on this now but I feel after going so close to giving up, I have a new lease of life, and a chance to show all the people that have given me such help that it was all worthwhile.