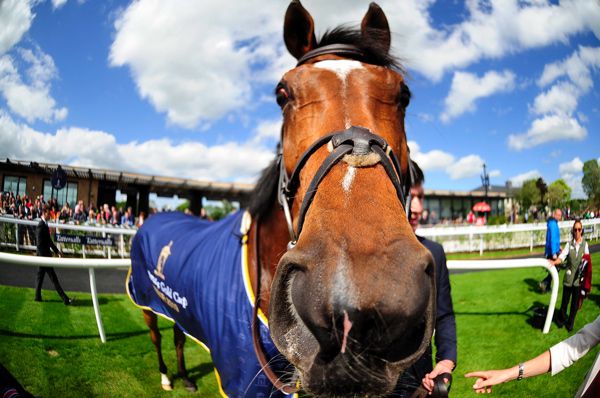 Magical is the star attraction at Leopardstown
© Photo Healy Racing

Japan's absence from the Irish Champion Stakes robs the 'Irish Champions Weekend' feature of some star power. Europe's top star Enable was never going to Leopardstown. Now her greatest three year old rival doesn't look like doing so either. The French Derby hero Sottsass isn't coming, nor it appears are any of Timeform's top ten rated older European horses. It leaves Magical as favourite. Admirable as she is her main claim to fame has been as Enable's punch-bag. So a race that has to be judged by the highest standards has a second-division feel this time.

It's the first time in the Champions Weekend's six year history that that can be said. Even Decorated Knight's renewal in 2017 had Churchill who still had a sheen of his classic lustre when lining up. The Great Gatsby and Australia duelling it out in 2014 was stirring stuff between two top-notchers. Golden Horn versus Found a year later was the same. Almanzor won a vintage renewal in 2016. Last year Roaring Lion was clearly the best around anywhere at ten furlongs.

Fluctuations in quality are inevitable in every race. It could be argued that Irish flat racing's shop-window event has got lucky and is due a dip, especially in a year where European racing is hardly flush with middle-distance talent. Nevertheless it will be interesting to see if a race topped by Magical, with a likely support cast of Madhmoon, Headman and Elarqam, none of which is a Group One winner, grabs the public imagination.

Leopardstown's lot is also to have to compete with Irish sport's greatest draw, the All-Ireland football final, which is being replayed in Croke Park less than 16 kms away at 6.00. The clash has already prompted a re-jig of the card with the Champion Stakes run over two hours earlier than originally scheduled, a move also made to facilitate TV coverage in Japan of Deirdre's run in the big race. Racing has an enviable popular pull in the Far East. It serves perhaps to emphasise the scale of the challenge racing faces here in profile battles with the GAA and the like.

All of which means that for the first time the primary Champions Weekend focus is likely to be on the Curragh which previously always felt like something of a poor relation. In purely racing terms the prospect of a National Stakes clash between Godolphin's Pinatubo and Coolmore's Armory is still a likely highlight although Siskin's absence does rob the race of more interest. Most important of all though will be how the new Curragh copes with its second big examination since the €81 million revamp.

There's no point pretending the first exam wasn't a disaster. A brand new facility designed to cater for 30,000 failed miserably to cope with a crowd of just 12,000, many of whom were left feeling little better than gatecrashers. The Derby and Champions Weekend are the only dates for which the new Curragh is expected to properly roll out the carpet for attendances of any scale. It is one of the main reasons for its creation. So there's a lot riding on this Sunday going smoothly.

Another reality is that the Champions Weekend attendance is unlikely to come close to the Derby day crowd anyway. The significance of that could be a subject for another day. But from a logistical point of view it doesn't leave the Curragh with many excuses should fundamental organisation not be up to scratch. So that brings the more intangible question of tone to the fore. A repeat of the fraught Derby day atmosphere is unacceptable. This is supposed to be racing's big sell to everybody.

After a comparative top-flight lull, Champions Weekend is part of a glut of European Group One action. Leopardstown is on the same day at the St Leger at Doncaster. The Curragh clashes with Longchamp's Arc Trials programme. Such a crammed calendar will prompt calls for these dates to be spread out more although in terms of timing the reality is that the Arc festival dictates pretty much everything.

Nevertheless there's considerable cross-channel unhappiness at how Leopardstown's re-jig means the Champion Stakes is now run just 40 minutes after the Leger. That rules out any chance of jockeys being able to ride at both the way Ryan Moore did last year. In an ideal world it wouldn't happen. But the idea that Leopardstown's scheduling should be influenced by Doncaster is only slightly less unrealistic than presuming that the GAA should take 'Champions Weekend' into their calculations.

There was a time when the stewards enquiry into the finish of Sunday's Prix Du Moulin would have been a straightforward exercise in taking Circus Maximus' number down in favour or Romanised. Circus Maximus veered left in the closing stages - as he did when winning the St James's Palace at Royal Ascot - and took his rival significantly off a straight line. He gave him a bump too. Romanised closed strongly in the dying strides and failed by just a nose. As decisions go it would have been easy.

But last year France Galop took the decision to get in line with most everyone else in terms of the interference rules. So now we're into the usual rigmarole about the best horse winning and indulging in metaphysical concepts as to how much Circus Maximus still had in reserve despite the fact he clearly compromised Romanised's chance. The runner up's connections have said they will appeal. They should get it but who knows if they will?

That infamous 2013 Falmouth Stakes when Elusive Katie carried Sky Lantern across the track and still held on to the race is the lowlight of how cock-eyed the interference rules can be. A year later On His Own was the victim of a similar injustice in the Cheltenham Gold Cup. These are the kinds of outcomes these rules throw up. They're off the wall and with the benefit of the doubt still far too much in the transgressor's favour.

Finally, the 2020 fixture list shows the sport doubling down on blank Sundays with half a dozen of them scheduled for next year. An expectation there might be a cut to this year's five proved off the mark after late negotiations centred on the importance of staffing. It's easy to see the logic of that move. It's just as easy to wonder what other sport would voluntarily concede dates on the most important leisure day of the week in terms of attracting public attendance.