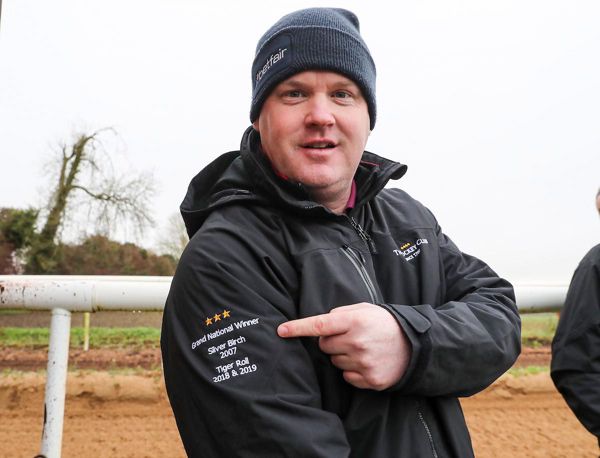 The IHRB deserve much credit for the way they dealt with such an unprecedented situation. To go from the publication of the image to the conclusion of the case within six days was impressive. Particularly, as there was a plea-bargaining element factored into the sanction whereby the IHRB knew on Friday evening that there would be no appeal lodged. A deal had been struck between both parties to draw a line in the sand and move on.

It’s disappointing that the IHRB didn’t reveal in their press statements last Friday who actually took the photo of Elliott. This person was at least complicit in the act and should also be sanctioned. It will be interesting to see if Rob James is the only one to face sanctions when that incident is investigated.

It was only to be expected that the views of those within the Irish horse racing industry, many of whom know Gordon Elliott personally, would differ greatly from the non-racing members of our population but it is probably a little more surprising that the British racing folk are not on the same page as their Irish counterparts.

In Irish racing circles Elliott went from villain to victim in the space of less than a week. The British seem less forgiving and the initial knee-jerk reaction from the BHA indicates how their level of outrage is on a different scale to ours.

The BHA couldn’t wait four days to let due process run its course and allow the IHRB conclude its investigation. They moved immediately to protect the integrity of the sport, specifically Cheltenham, but in so doing jeopardised Elliott’s chance of receiving a fair hearing.

Before the IHRB even had the opportunity to talk to Elliott, horses were moving from his Cullentra stables as owners feared that their animals would be barred from competing at next week’s festival.

This smacked of our old colonial masters flexing their muscles, showing a disrespect for our regulatory body in an unprecedented manner, but maybe there is more to this.

Perhaps there is something much deeper at play. Perhaps it boils down to how differently we view animals and what place they hold in our respective societies. I remember as a teenager being bemused at the British reaction to the IRA bombings at Hyde Park and Regent’s Park in the summer of 1982. Eleven people had lost their lives and dozens more were injured but the focus within Britain quickly became the plight of an injured horse called Sefton and his fight for life. I don’t think the horse would have been the primary focus in Ireland.

Seamus Heaney’s poem The Early Purges in which he recalls his childhood memories of kittens being drowned on a farm comes to mind.

Where they consider death unnatural

But on well-run farms pests have to be kept down.

Maybe rural Ireland has a different perspective when it comes to animals. The shocking image of Elliott disrespecting a dead horse went global within hours, but no other similar images surfaced from anywhere else on the planet except Ireland. Is the Rob James video just a coincidence? Or is it an indication of something more systemic?

One thing is for sure, the Elliott story will cast a long shadow over racing for some time to come. The IHRB made reference to a “sinister aspect” to this case. “The Committee are satisfied that the publication of the photograph is part of a concerted attack upon Mr. Elliott.” So far, I have been informed of three different scenarios explaining what is behind all this and as the Mail On Sunday would say they are all from “reliable sources.”

The true story behind all this will come out in time and it’s Murphy’s Law that it will be during Cheltenham or Aintree.

Lee Mottershead, senior writer with Racing Post, yesterday called for owners of horses previously trained by Elliott to voluntarily withdraw them from Cheltenham in order to lessen the impact of the story on next week’s festival. Regardless of your opinion of his views I think we are well past the stage where that would make any significant difference. Cheltenham will be all about Gordon Elliott and so will Aintree.