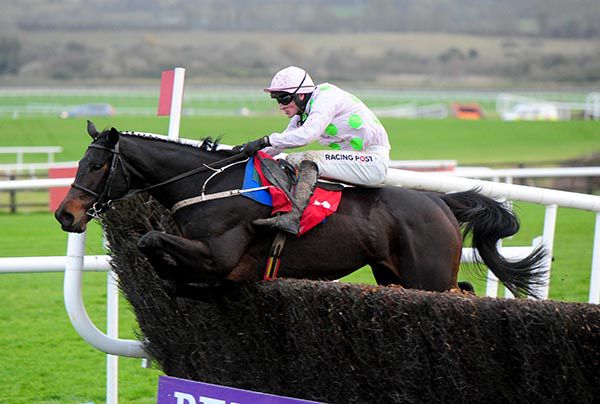 There was a 54/1 Punchestown double for Willie Mullins and his nephew Danny when Salsaretta (9/1) took the honours in the Betdaq Sportsbook Rated Novice Chase.

Like their earlier winner, Drury, Salsaretta was behind a stable companion in the betting, Dorrells Pierji (that favourite eventually finished fifth after a bad mistake at the 10th).

Chase debutant Salsaretta wasn't completely without flaw in the jumping department but she led two out and she was soon pushed clear.

She stayed on well on the run-in to comfortably account for Galvin by eight lengths.

"She jumped a bit high early on but once she settled down Danny was very happy with her. He thought from about four out that she was going very well," said Willie Mullins.

"We'll look at all the mares' chases but she could go against the geldings again if there is nothing there. I've no immediate plan."

The Stewards enquired into an incident approaching the final fence involving Whisperinthebreeze (GB), ridden by R.M. Power, placed third and Galvin, ridden by D.N. Russell, placed second, where it appeared that Galvin got tight for room.

Evidence was heard from the riders concerned. Having viewed the recording of the race and considered the evidence, the Stewards were of the opinion that any interference caused was accidental in nature and they took no further action.