A look ahead to this evening's Roscommon card 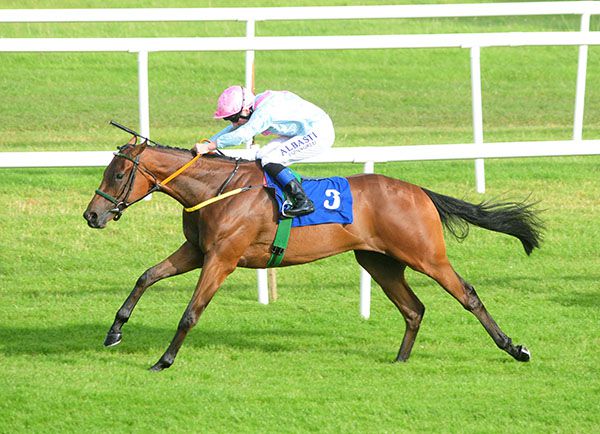 Helvic Dream will bid to follow up on his recent course and distance success when he lines up in the opener at Roscommon this evening, the Irish Stallion Farms EBF Median Auction Race.

The Noel Meade-trained gelding was an impressive winner when getting off the mark on his third start and he will be well fancied go in again now with Gavin Ryan taking a valuable 7lb off.

Agent Zero, Mere Catherine and Champers Elysees appear the dangers, with the latter a good third on debut at the Curragh last month.

Meade is represented by Killarney winner Dawn Of The West in the feature race on the programme, the Irish Stallion Farms EBF Fillies Handicap.

Just seven have been declared for this mile-and-a-quarter contest which looks a competitive affair.

Winiata represents Johnny Murtagh and Niall McCullagh and she is sure to be popular after winning last time out at Leopardstown.

Hayyel has been knocking on the door of late and is another leading contender, while Latoyah Of North, Fancy Feat, Bianca Minola and Cj Cregg complete the line-up.

John McConnell trains Cj Cregg and he saddles the consistent Kudbegood in the Athleague Handicap.

This son of Most Improved has been placed on five of his last six starts and another bold bid looks likely from the four-year-old gelding.

Shane Foley takes the ride on Cj Cregg and he also looks to have strong claims on Shatharaat in the Tulsk Handicap.

The Andy Oliver-trained bay was a close-up third at Gowran on his most recent start and it will come as little surprise if he manages to go a few place better now.

Joseph O’Brien’s Eria is the one to beat in the Irish EBF Supporting Irish Champions Weekend Fillies Maiden, while X’s Girl and Formal Order appear the horses to focus on in the Roscommon Apprentice Maiden.

Sixteen have been declared for the concluding Roscommon Racecourse Handicap, with the hat-trick-seeking Franklyn the standout name.

Successful at Killarney and Leopardstown in July, the son of Archipenko still looks well-treated off a mark of 69.