A lucrative week in the West for Princess Zoe 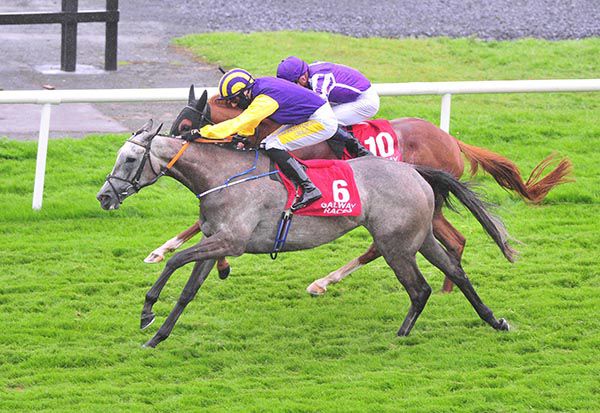 The grey daughter of Jukebox Jury travelled well as she rounded the final turn and hit the front inside the furlong marker.

Emperor Of The Sun tried to rally and kept on well to the line, but the 2/1 favourite was not all out to win by half a length, with five and a half lengths back to third home Lynwood Gold.

Having won the big amateur handicap over 2m on the opening evening of the Festival, this was a second winner’s prize of 45K within a week for owner Paddy Kehoe.

Winning trainer Tony Mullins said: "We’re thinking of the Cesarewitch at Newmarket but we’re also now going to have to consider the Prix du Cadran.

“That’s over two five and it’s a Group One and she has a nice pedigree.

“It’s just a word of warning in case anyone is going backing her ante-post (for the Cesarewitch). The Prix du Cadran has come on the agenda.

“She won’t run in the meantime and of course Paddy (Kehoe, owner) has her backed for the mares' novice hurdle in Cheltenham.”