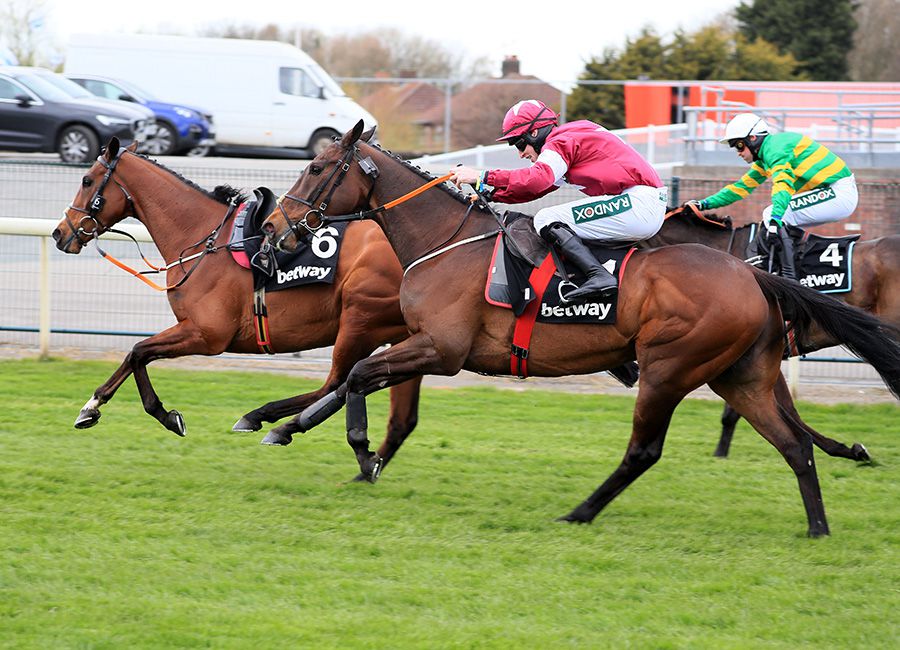 Abacadabras made amends for crashing out at Cheltenham when taking Grade One honours in the Betway Aintree Hurdle at the Liverpool course.

The Denise Foster-trained seven-year-old exited at the third flight in the Champion Hurdle — but bounced back to strike in the hands of Jack Kennedy.

Abacadabras (5-1) had the loose Jason The Militant for company in the closing stages and kept on strongly to hold Buzz by a length and a quarter, with Millers Bank two and a quarter lengths in third and Buveur D’Air fourth.

The latter was leading when Jason The Militant, who unseated Rachael Blackmore after jumping the seventh flight, went across him at the second-last.

The winner is owned by Gigginstown House Stud, whose racing manager Eddie O’Leary said: “We thought he’d go well at Cheltenham, but he was unlucky there.

“There was no question he stayed the (two-and-a-half-mile) trip. He can idle in front and he’s been called some names in the past, but if you go through his form this season he’s had excuses.

“He needed the run the first day, he won nicely next time, he scoped badly at Leopardstown over Christmas then the ground was too heavy in the Irish Champion.

“It was unfortunate what happened at Cheltenham, but he was very good today. Jack was very good on him and I’m delighted for all at Cullentra.

“We actually thought he was a little unlucky against Shishkin as a novice, we were actually coming back at him at the line (in last year’s Supreme Novices’ Hurdle).”

Looking to the future, O’Leary said: “Hopefully he’ll come home with a smile on his face and there’s a chance he could go to Punchestown.

“I’d imagine he’ll stay hurdling next season, but we’ll have a chat about that later on.”

Representing Foster was Lisa O’Neill, who said: “It was disappointing at Cheltenham. Everything seems to have worked out well and it’s great he could come here today and prove himself at this level again.

“He seemed perfectly fine after his fall. He came out of it really well so this was an option coming soon enough, but because he felt good we took the opportunity.

“He was second to Honeysuckle in the Irish Champion Hurdle and he won the Morgiana back in November so we were confident he was going to run well coming here. It was a step up in trip, but it really suited him.

“It’s a possibility he could go to Punchestown. We’ll take him home and see how he is after the run and see what the owners want to do.”