Alexander does all the talking in Roscommon opener 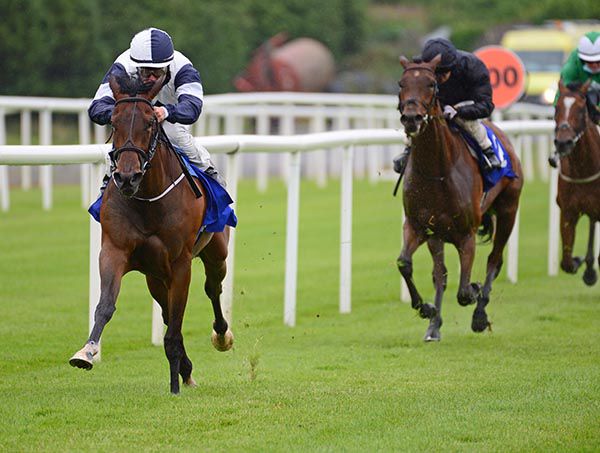 No Speak Alexander showed the benefit of a run when defying market weakness to take the Irish Stallion Farms EBF Fillies Maiden for the in-form team of Jessica Harrington and Shane Foley at Roscommon.

The easy-to-back 13/2 shot cruised into contention in the straight, and was just pushed out by Foley to draw clear inside the final furlong.

The daughter of Shalaa had all of six and a half lengths to spare over the odds-on Divinely at the line, with the front-running Dress Kode a further six lengths adrift in third.

Kate Harrington said, “That’s what we thought she would do. We were disappointed with her at Navan in a race that turned out to be very good.

“We thought she was one of our real early fillies, a real pocket rocket. She was ready to run just before Covid hit and then all she did was grow and grow.

“We’ll see where we go but she really enjoyed that and saw out the trip well.”