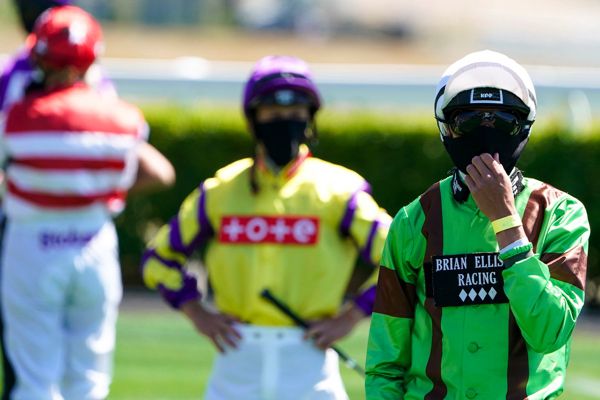 Bookmaker had best of the opening exchanges as outsiders were to the fore in many of the early races including the first race which saw 22/1 shot Zodiakos pip his better fancied stablemate by a neck.

Art Power trained by Tim Easterby looked an above average colt when taking a division of the six furlong Novice Stakes by all of five and a half lengths. The three year old won by a similar margin at York last October and will now step up in class for the Commonwealth Cup at Royal Ascot in two weeks time for which he is a 20/1 chance.

Only two stalls handlers are allowed to assist runners entering the starting gates under the new protocols and the starter is under instructions to take a firm line with horses that act up. This resulted in two horses being withdrawn from the third race on the day.

There were no two year old races at Newcastle and most of the runners had previous racecourse experience so there likely to be greater tests to come for the starting stalls teams later in the week as the juveniles start to appear.