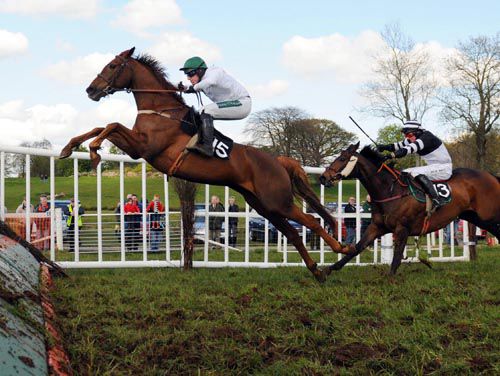 The Stewards of the Irish National Hunt Steeplechase Committee (INHSC) have announced that an enhanced Autumn 2020 Point to Point Season is proposed to start on the week commencing 14th September 2020.

In arriving at this decision, the Stewards wish to give clarity to all Owners and Handlers involved in preparing horses to run in Point to Points later in the year and to other industry stakeholders.

Having consulted with all Hunt Committees, it is envisaged that there will be at least an additional 30% in fixtures programmed in the Autumn Season in an effort to cater for horses which were affected by the early cancellation of the Spring 2020 Point to Point Season.

The Stewards have also agreed that further fixtures may be added during the course of the Autumn Season where necessary, should they deem that sufficient demand exists.

The Autumn 2020 Point to Point fixture list will be published in the coming weeks and the provisional summary of races will follow in due course.

The Stewards would like to thank all Point to Point Handlers and other industry stakeholders who engaged in an extensive consultation process following the early cancellation of the Spring Season. Following this consultation process, Point to Point Bumper Trials for horses with Hunter Certificates were considered however due to a number of varying factors this event will not take place now as was envisaged.

“The Stewards are acutely aware of the loss of so many fixtures in the Spring Season for the Point to Point Industry and the consequential knock-on effects. With this in mind, we instigated a consultation process with all industry stakeholders and I would like to thank all those who took time to engage in this process. We hope that planning for an enhanced Autumn Season, starting earlier than normal will give Point to Point Owners and Handlers extra opportunities to run horses which they were unable to do in the Spring. I would also like to thank all Hunt Committees who have indicated their willingness to hold an Autumn Fixture and we will now begin the process of allocating fixtures and dates for this enhanced Autumn Season.”