Barande-Barbe back in big time with Air De Valse 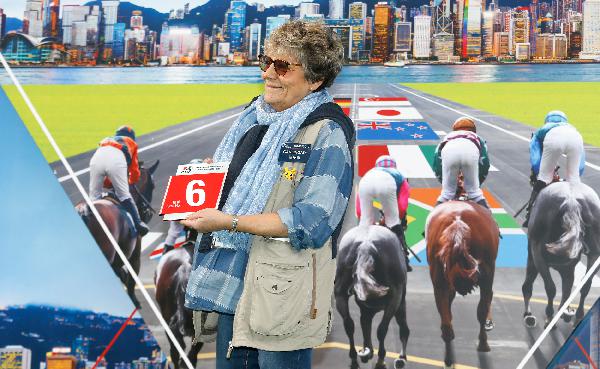 The four-year-old was a rapid winner of the Group Three Prix du Petit Couvert at ParisLongchamp on Sunday, breaking the race record when stopping the clock at 55.34 seconds.

Barande-Barbe reports the filly is faring well after the performance, with a return to the same track to tackle Group One company now on the agenda.

“She is very well, this morning she was singing and jumping everywhere,” she said on Tuesday.

The Chantilly-based trainer has no firm plans beyond the five-furlong contest, with the possibility of engagements abroad complicated by the current travel restrictions.

She said: “It could be the end of her season, but she could also go to Hong Kong or something. It is very complicated and she is only four so we will decide after the race.”

The filly is the first top-class performer Barande-Barbe has handled since the retirement of the hugely-popular Cirrus Des Aigles.

The gelding ran his last race as a nine-year-old in December 2015, ending a career that saw him win 22 races, seven of them Group One contests.

Now 14, Cirrus Des Aigles amassed over £6million in prize-money with victories in the Coronation Cup at Epsom, the Dubai Sheema Classic at Meydan and the Qipco Champion Stakes at Ascot among his achievements.

Barande-Barbe confirmed her former star is healthy and well in retirement, and highlighted the family connection between him and Air De Valse, who is sired by his brother.

“He is very happy and very proud, because she is his niece. The sire of Air De Valse is the brother to Cirrus Des Aigles, so he is very proud.

“He is enjoying life, you can follow him on Facebook, he has his own page and he’s very, very well. He’s 14 now, and he has plenty of happiness. He’s a proud uncle.”