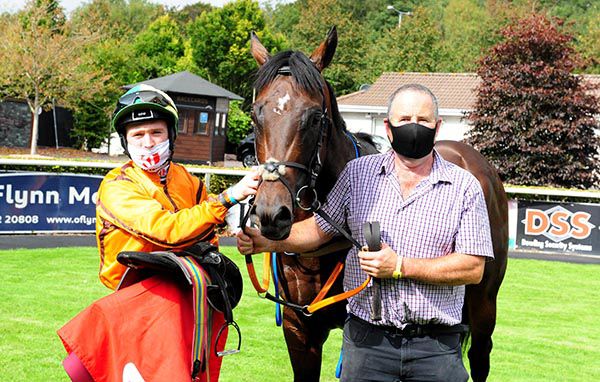 Denis Hogan saddled a 1-2 in the Fermoy Handicap but the finishing order was not as most would have predicted as Breakfast Club took the spoils in Cork.

Stable-companion Bahlwan was sent off the well-backed 100/30 favourite while Breakfast Club was easy enough to back at 7/1.

The son of Cable Bay was snapped up for just 7,500 by connections at the Newmarket Horses-In-Training Sale last month following three outings for Richard Hannon including a winning debut at Lingfield.

He travelled well throughout and Colin Keane squeezed him through a gap a furlong out before quickening up nicely to score by a cosy length and a quarter.

Bahlwan kept on one paced with Powersville half-a-length further back in third.

Keane said, "He was a good winner of a maiden for Richard Hannon and for whatever reason lost his way and the lads haven't got him that long. He was very well bought and these lads do great at these horses in training sales and usually get plenty value for what they buy.

"You couldn't have asked him to do it any nicer and he could be a horse that could keep improving now.

"That's my second win for the owners as I rode Sceptical to win at Dundalk (in February)."