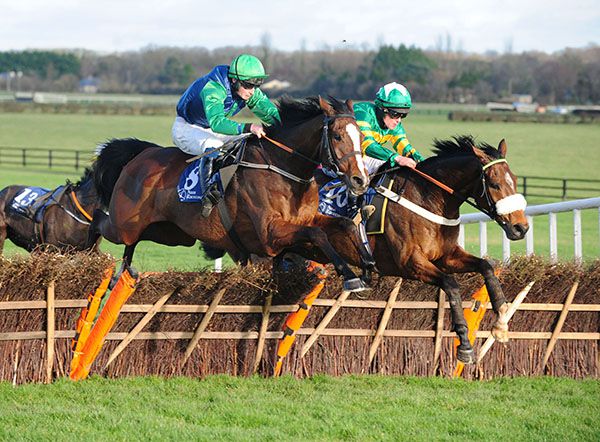 Barnaviddaun and McManus' French-import Damalisque (for trainer Eddie Harty) were both 10/1 chances for the 16-runner contest this morning and while Barnaviddaun was subsequently returned a well-supported 9/2 chance, Damalisque was even stronger and returned the 5/2 favourite.

Both horses were upsides jumping the final flight and on the run-in Barnaviddaun, under the trainer's son David Mullins, stayed on well for a half-length win.

He added “we were disappointed that he got 6lbs for (finishing second) the Red Mills race; he ran a cracker in it and I was wondering if he was good enough to come here.

“I was also worried about the ground as I thought that he’d appreciate better ground.