Big King in charge for Connell and Bolger 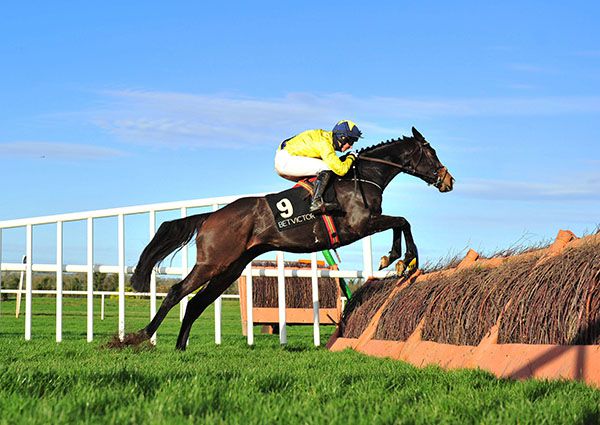 Trixie Mc made a bold bid from the front and had all bar Big King in trouble two out.

The latter made relentless headway through the field to close on the leader upon touching down after that flight.

He readily swamped the frontrunner before the last and was driven out by Mark Bolger to put five and a half lengths on Trixie Mc (11/1). The winner was retuned at 16/5 having been as big as 7/1 in the morning.

The remaining places were taken by 7/4 favourite Elite Trooper Grey and Above The City (5/1 from 8/1) in third and fourth respectively.

Barry Connell said: “It was a lovely performance. He had a good run in Bellewstown where he was a bit green and ran around the place. The winner (Railway Hurricane) has ended up being a good horse.

“Then we went to the north, where you'd think you'd be going for an ordinary maiden hurdle, and The Shunter turned up there.

“We'd never run him on winter ground before but we're happy enough that he handled that.

“He'll go for something similar. There is a novice handicap hurdle at Leopardstown over Christmas and we might look at that.

“He's done his job today and that's the main thing. He's not over big but he's athletic.

“We have a couple by that sire, Born King, who only covered a handful of mares. We also have King Alex who won here two weeks ago.

“We got one good one by him a few years ago so went back and bought a few more out of a field. We're not sorry now, it's turned out well.”