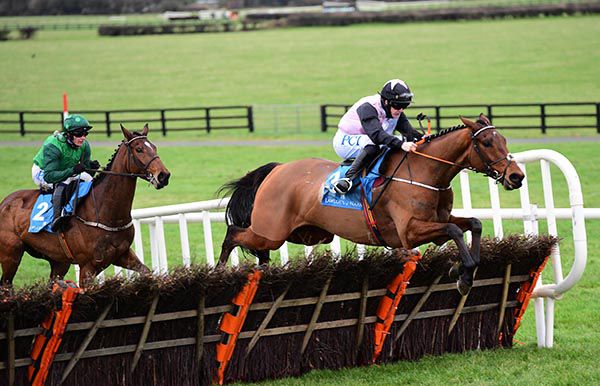 Bob Olinger is set to bypass next month’s Dublin Racing Festival at Leopardstown.

However, given his victory in last week’s Lawlor’s Of Naas Novice Hurdle was his third outing of the season, De Bromhead senses the six-year-old has perhaps already done enough before the spring.

Bob Olinger is joint-favourite with some bookmakers for the Ballymore Novices’ Hurdle at the Cheltenham Festival.

“We were over the moon — I was delighted with him and he seems really good since,” De Bromhead told Racing TV.

“He’s been busy enough now, so we’ll back off him and aim him towards the spring.”