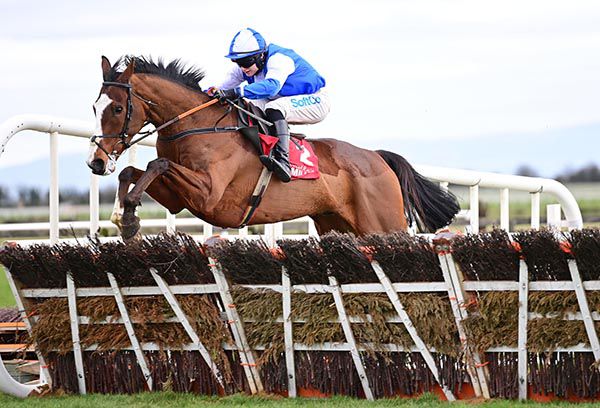 Ridden by Sean O'Keeffe, the son of Scorpion went in pursuit of leader Johngus entering the home straight. However Johngus seemed to 'guess' at the second last flight, causing him to fall, with his exit helping Breakeven to score a two and a quarter lengths win

“He's a beautiful jumper of a hurdle for such a big horse. He's an out and out chaser and I can't wait to go chasing with him as he's won two point-to-points.

“We'll keep going this road and his main target will be the Red Mills Series Final in Punchestown. Whether he runs between now and then I don't know, it depends on the horse himself.

“He's not a January/February ground horse. Maybe he'll grow into it but he's not at the moment anyway.

“He's a real good ground chaser and he wants two-and-a-half or three miles.”