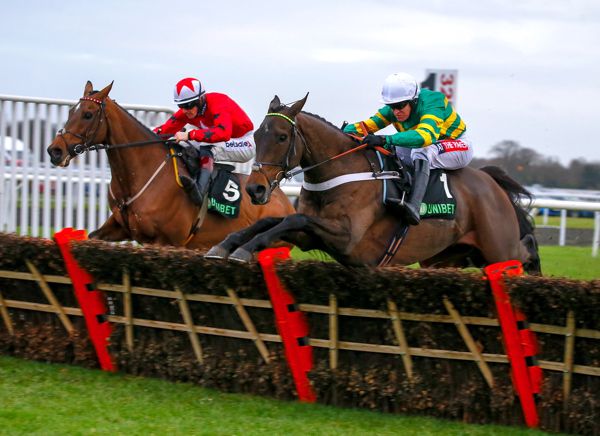 The Nicky Henderson-trained ten-year-old has not been seen since being surprisingly beaten in the 2019 Fighting Fifth Hurdle — in which he picked up a nasty injury to his hoof.

Henderson had been anticipating starting him back in the Contenders Hurdle at Sandown next month, but the 2017 and 2018 Champion Hurdle winner has come to hand sooner than expected on the back of reports of a sparkling piece of work last week.

Ballyandy, Navajo Pass and Ribble Valley are all in the mix too on Saturday — while Tom Symonds could run his improving Song For Someone.

Impressive at Bangor and Haydock earlier this season, the six-year-old found only My Drogo too good when trying to give 5lb to the winner in the Grade Two Kennel Gate Novices’ Hurdle at Ascot.

On the advice of former champion jockey Richard Johnson, Symonds entered his charge for the valuable Betfair Hurdle at Newbury — but he is more likely to remain in novice company.

“Newbury was a purely speculative entry, because it’s not something I’d thought about until Richard Johnson mentioned it after Ascot as an option,” said Symonds.

“Just with the weather and everything else, he’s earned his money to be entered in it.

“He didn’t strike me as one of those types, to be honest, so it was interesting to hear Richard’s view — and novices have a good record in it.

“More likely is the Supreme Novices’ trial at Haydock or the Ballymore (at Cheltenham) at the end of the month.”

He added: “I found it interesting after Ascot that he came out of it the best horse at the weights, but he was almost four times the price of the winner for the Supreme.

“We were thrilled with him — he just wasn’t as quick away from his hurdles as he can be, but he’s probably going to be a better chaser anyway.

“We’re happy to be considering these races, and Song For Someone might head to Haydock (Champion Hurdle Trial) as well — and he’s in great form too.”

Henderson’s Allart is the star name among nine in the Altcar Novices Chase, which opens the card.

Philip Hobbs’ Sporting John and the Fergal O’Brien pair of Paint The Dream and Silver Hallmark are other notables.

Royale Pagaille and Cap Du Nord, first and second at Kempton over Christmas, are among 18 in the Peter Marsh Chase.

Sam Brown, Sam’s Adventure, Potters Legend and Perfect Candidate are all in the reckoning too.