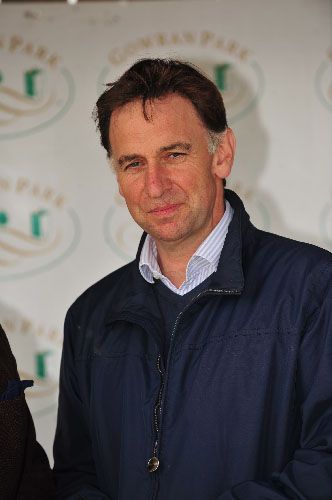 Henry de Bromhead
© Photo Healy Racing
Calino D'Airy will bid to follow up on a recent course win when he lines up in the SANSERV Rated Novice Chase at Galway today.

The Henry de Bromhead-trained chestnut impressed when making all over the course and distance on his last start, with subsequent Thurles winner Close Shave three lengths behind him in second.

Dont Tell No One also had subsequent winners behind him when successful on his last start at Killarney and appears the main danger with Paul Townend in the saddle for John Kiely.

Calino D'airy is owned by Gigginstown House Stud, and so too is the unbeaten Lucky Pass who returns to action in the Corrib Oil Maiden Hurdle.

Successful in a point-to-point and two bumpers in 2015, the French-bred gelding has not been seen for 670 days and it will be interesting to see how he fares now on his debut for Gordon Elliott.

Ten have been declared for this two-and-a-quarter-mile contest, with Dont Kick Nor Bite and the hat-trick-seeking Crocodile Dundee sure to prove popular with punters.

The Faber Audiovisuals Handicap Hurdle is the most valuable contest on the card, and it too is a wide-open affair.

John Ryan looks to have a strong hand with top-weight Kylecrue and the Danny Mullins-ridden Draycott Place, while Joseph O'Brien is also double-handed with Hallmark and The Major General.

Go Darsi Go, who has not run since May 2016, is an interesting contender for Conor O'Dwyer, while recent Cork runner-up He's Our Man is another to consider with the in-form Sean Flanagan aboard.

Oskar High, Iusetaluvheronce, and Grandma Dotty are a few for the shortlist in the swordsecurity.com Handicap Hurdle, while Allardyce might be able to get a deserved win to his name in the opening Tattersalls Ireland Irish EBF Auction Maiden Hurdle.

The Elliott-trained Gun Digger and Peter Fahey's Gallahers Cross look the two on focus on in the concluding galwayraces.com (Pro/Am) Flat Race.