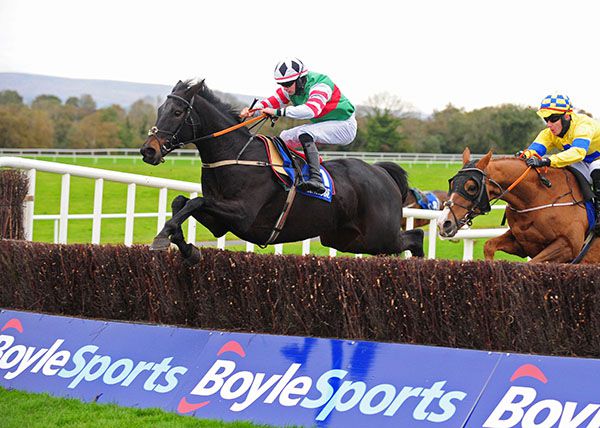 He was last seen finishing fifth in a hurdle race at Cork in July 2019 and made his handicap debut over fences carrying top weight of 11-12.

He was clearly fit and well as he raced to the fore under Conor Orr. Any fitness issues were there to be exploited by Bitview Colin who challenged at the last, however, Chatham Street Lad forged on well on the run-in.

He took the spoils by three parts of a length and rewarded strong market support from as big as 10/1 in the morning to 9/4 on the off.

Bitview Colin filled the runner-up berth and was eight lengths clear of All The Chimneys (14/1).

The Stewards, on receipt of a report of strong market support for Chatham Street Lad requested a report from Michael Winters, trainer. who reported that his charge had not run since the 12th of July 2019 at Cork as he was jarred after that run.