Cleary makes all on Farrell's favourite 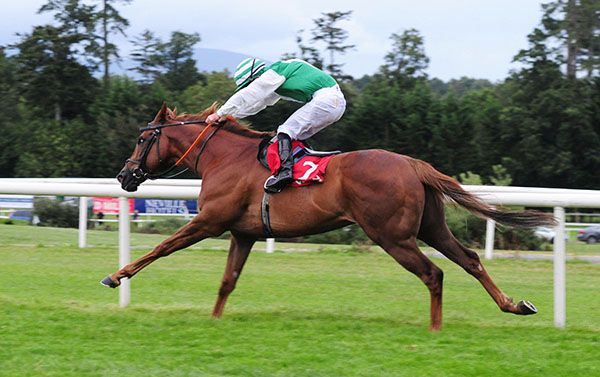 Front-running tactics seemed to be advantageous on the yielding to soft ground at Gowran Park, and the 5/1 favourite Pillmakers Hill was certainly given a positive ride by Rory Cleary to score by two and a half lengths from Lappet (14/1) in Division One of the 33% Off Tickets @gowranpark.ie Handicap.

The winner had been with a few different trainers, but seems to be thriving for his current handler Cormac Farrell.

Having run well at Leopardstown in June, he was beaten only a head by Shamad on his previous outing over the course and distance.

He's the lead horse and he's created lots of nice two-year-olds. He was in such good form we decided to give him a run.

“He's in again tomorrow night and we'll probably let him take his chance because he works three or four times a week anyway so it's not going to take a whole lot out of him.

“He's like an iron horse and I love him so much.

“He's got the hang of things. He's blind in one eye and only this year has he realised that it's going to be okay.

“He wasn't born with it and he's gained confidence this year. He knows it's okay now and he's been a different horse this year.

“It's great that he's getting his chance to do it because he does a lot of hard work at home, with the two-year-olds, so this is an easy day for him!”