Compensation for McManus at Limerick 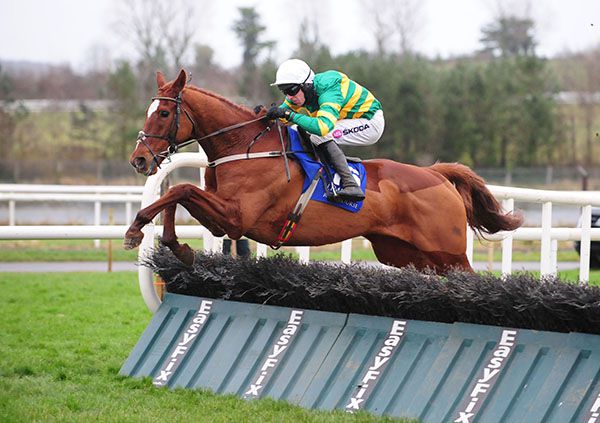 Owner J.P. McManus had contrasting fortunes in the opening three races at Limerick today and won the later race with Shadow Rider, which justified strong 2/5 favouritism (from 4/7) to land the Eden Capital Maiden Hurdle for trainer Willie Mullins and jockey Mark Walsh.

Shadow Rider and eventual runner-up Eye Van were well clear from the third last flight in today's 2m4f race and in the end Shadow Rider, a son of Martaline, went clear from the second last for an eight lengths win.

McManus' Palm Beach was the 4/5 beaten favourite in the opener and the leading owner suffered another, far worse, reverse in the second race as his Grade 1 winner Tower Bridge was pulled up injured.

Following Shadow Rider's win, jockey Walsh later reported “he (Tower Bridge) has been saved but has injured his hock. He dragged his hind leg - like a person's elbow, over the hurdle but they are saving him.”

Walsh added “the form of his (Shadow Rider) previous race worked out well with Jessie's horse (Harrington, Ashdale Bob) winning a Grade 3 afterwards and the runner-up in the race (Wide Receiver) won earlier at Leopardstown.

“We'd have been disappointed getting the 8lbs allowance (winners' penalty) if he didn't win and he did it easy enough.”