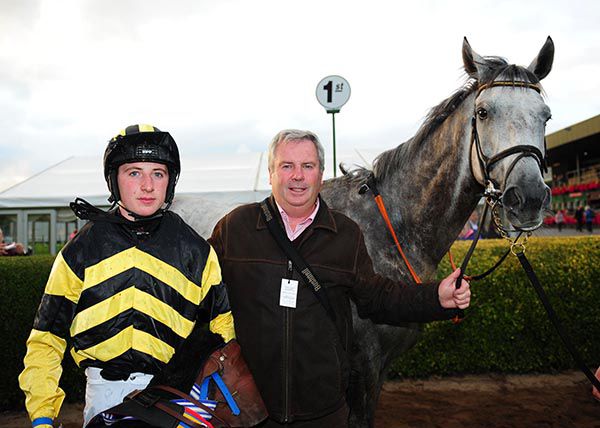 "That's Conor's first winner and please god it'll be the first of many now. He is 18 and deserved that as he works very hard," revealed trainer Eric McNamara after Offshore Oscar won under his son in the Adare Manor Opportunity Handicap Hurdle at Killarney.

The 16/1 shot, with the company of a loose horse, accounted for Cantkidakidder by five and a half lengths.

"He is going to go to Enda Bolger's and Gavin Cromwell's from next week on to try to brush up on himself a small bit and keep learning and hopefully he'll do well," further explained McNamara.

"Thanks to owner Aidan Ryan also for letting Conor ride the horse and he has been a great owner of mine and I'm delighted to be able to win for him as well.

"I thought he was crying out for 2m4f and he will be even better on softer ground and barely got away with that ground as he's not a good ground horse and is more of a winter horse."

T. Ryan, rider of Messie trained by Stephen Ryan, reported to the Clerk of Scales that his mount hung badly in the straight.