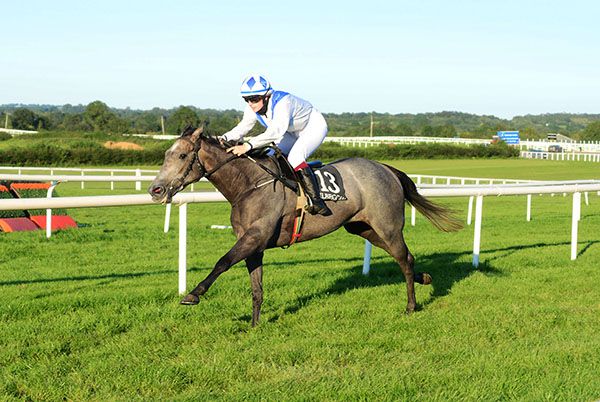 Keen amongst horses early on, the Alhebayeb filly was allowed stride on by jockey Amy Corrado with over a circuit to race and soon opened up a big advantage over the field.

She settled a bit better in front but the pack closed right up on her on the far side of the track and she looked set to be swallowed up (£7 traded at 999/1 in running).

Far from it, though, as James Barrett’s filly had plenty more to give and she maintained her position in front as her rivals began to feel the pinch.

She had plenty in reserve as she went clear in the final furlong to defeat the 4/7 favourite I A Connect, with Thirtyfourstitches in third place.

Goresbridge handler Barrett is enjoying a good run of form with his horses at the moment, this being his fourth winner in a little over two weeks.

Winning rider Amy Corrado commented: "That’s my first winner and only my sixth ride. I’m from Kilkenny and based with Jim Bolger.

"I also ride some work for James (Barrett). That wasn’t fully expected but I’m absolutely delighted.”