Cromwell and Moore double up with Moonball 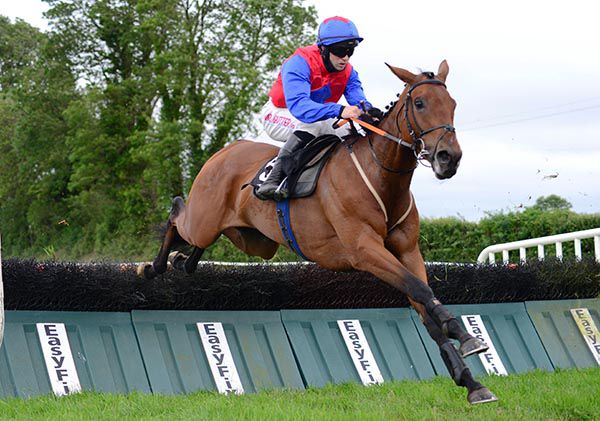 Gavin Cromwell and Jonathan Moore completed doubles at Kilbeggan when the long-absent Moonball won division one of the two-mile handicap hurdle.

A winner over hurdles and fences as a 4-y-o in 2018, the mare by Kapgarde had been sidelined since November of that year.

On her first outing since then, she led on the long run between the final two flights and galloped on strongly to win by four and a half lengths from Cornerkova, with the market leader Imperial Choice (third) failing for the fourth time in a row to justify favouritism.

"John Mahon (one of the JRM Syndicate) is watching it from New York. He persevered with her as she had leg trouble.

“Johnny (Moore) got a great lead into the race. She was tough as she had every entitlement to lie down.

“Where we go from here I'm not sure but I'm delighted with that.”