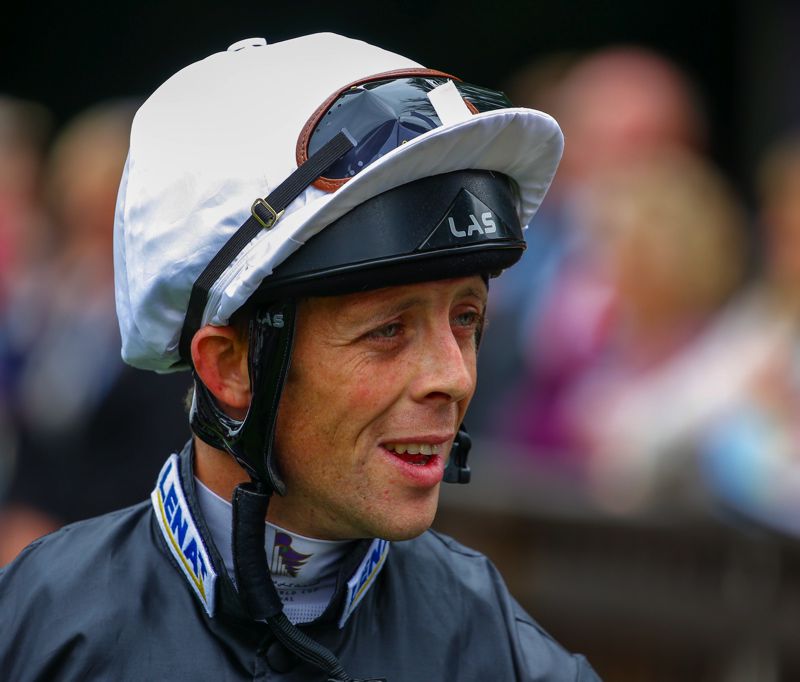 An impressive winner on her racecourse debut at Newcastle in early June, Karl Burke’s filly successfully graduated to Group Three company with a brilliant display in the Albany Stakes at Royal Ascot.

The daughter of Dandy Man was the well-supported even-money favourite for her latest assignment at Group Two level — and while it was hard work in the testing conditions, she displayed courage to go with her class to complete her hat-trick.

Ridden by Ben Curtis, Dandalla raced in midfield for much of the way before throwing down her challenge racing inside the last of six furlongs.

Fev Rover — like the winner carrying the colours of Nick Bradley Racing — emerged as the biggest threat as the post loomed, but the market leader held on by a head.

Curtis said: “I thought after Ascot she’d be better on better ground, but we’ve come here and the ground is definitely more holding and she hasn’t travelled with the same fluency. She showed that she has guts and determination today, mixed with class and a great attitude.

“I don’t think the ground is for her and I was trying not to give her a hard race in the last furlong — I just kept her going with hands and heels as she had her head down to the floor and I was confident we were doing enough.

“I don’t think she’ll have any problem going further in time, but six furlongs seems ideal at the moment — I think we’d be happy enough to leave her there for the time being.

“It’s great for the owners — there are a couple here today with Nick Bradley. They’re obviously over the moon, getting the one-two, and it’s great to have owners back on course.”

Burke was also of the opinion underfoot conditions were against his star filly — and revealed a minor hiccup during her preparation.

He said: “She is tough and a very high quality filly. Ben was adamant the tacky ground didn’t help her — she is a good actioned filly and it was wetter at Ascot, where she got away with it.

“We had a small issue about 10 days ago with a slight temperature. It wasn’t plain sailing going into it and we took a bit of a chance, but we got away with it. Last weekend we weren’t sure about running, but she scoped good on Monday and we decided to give it a go — it’s onwards and upwards from here.

“We will give her a short break now as she has had three quick-ish runs. The Prix Morny is in the middle of August, so we have got a bit of time and we can give her two or three weeks and prep her for that.

“She is in the Prix Robert Papin, but wouldn’t go there. There is the Lowther at York, but she has a Group Two penalty now and it makes sense to have a crack at the boys in a Group One, if she is fit and well.”

Comparing Dandalla to his recently-retired stable star Laurens, Burke added: “She is definitely more precocious than Laurens. Whether she is better in the long run, time will tell. She has got a long way to go to emulate her, but she is a very good filly.

“It is amazing to get another good one so quickly after Laurens.”