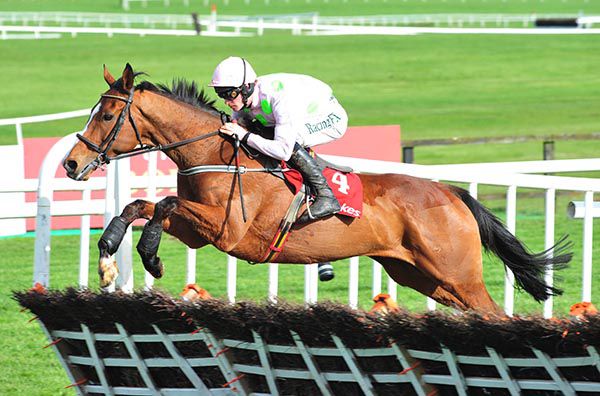 Winner of the Grand National aboard the Mouse Morris-trained Rule The World aged just 19 in 2016, David Mullins also enjoyed several big-race victories for his uncle — most notably Grade Ones on Al Boum Photo, Bellshill, Faugheen and Kemboy in 2018.

The talented rider made the surprise announcement that he was calling time on his career on Wednesday, saying: “It just didn’t fit with what I wanted to do any more”.

Ireland’s perennial champion trainer has subsequently praised the 24-year-old’s ability in the saddle, but feels he has made the correct call if his heart is no longer in race-riding.

“I think it’s a good decision once he’d made up his mind. He obviously wasn’t enjoying the riding,” said the Closutton handler.

“David is instinctively a very good rider. He has a very good pair of hands and is able to get horses to jump and gain lengths.

“He would have been in a position to take over as first jockey here one day — but once it was in his mind that he didn’t want to do it any more, I think it’s the right decision, and I think he’s very happy now he’s made it.”

Mullins senior revealed he was first notified of the rider’s decision after he finished third aboard Blackbow just last week.

He added: “It was a surprise in the moment. He just got down off the horse and said he was finished — that was the term he used.

“I initially thought he meant he was finished for the day, but then it dawned on me that he was retiring.”

Mullins endured his fair share of injuries during his short but successful riding career — and while the former jockey himself insisted they had no bearing on his decision to retire, Willie Mullins feels they must have taken a toll.

He said: “He had a horrific accident in Thurles (in October 2019), and I think he did well to come back from that.

“He had another bad fall afterwards — I know he said he couldn’t feel his legs after it. When something like that happens it makes you weigh up where you’re going in life.

“He’s fit a lot into his riding career and has a very good resume — he’s won more big races than a lot of guys have done.

“We wish him all the best.”