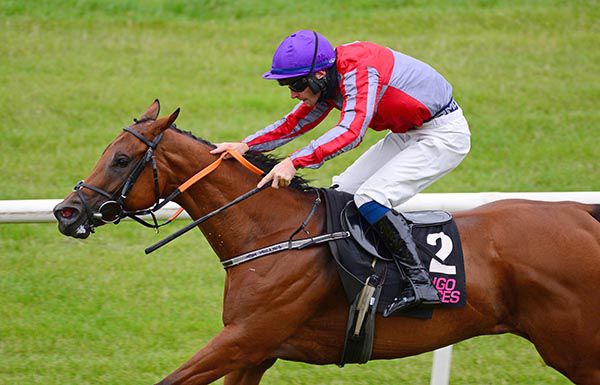 The Frozen Power mare has been a good servant to connections and was scoring for the fifth time here.

The well-backed 7/4 favourite had shown promise twice last month and led inside the final furlong before drawing clear to beat Myrcella by three lengths.

Take My Hand was slowly away but kept on well in the straight to finish just half a length further away in third.

Tom Mullins said, “She was unlucky the draw beat her in Fairyhouse and she lost a shoe in Naas. She won here before so we said we’d bring her up here.

“I asked David how light he was and he said he’d ride a few horses up here.

“She’s a reserve on Saturday at Naas but even if she gets in I don’t think I’ll run her. We’ll keep her to five or six furlongs.

“She’s a grand old mare and not many win five races. She kept coming in season as a three-year-old and the whole year was a right off.”