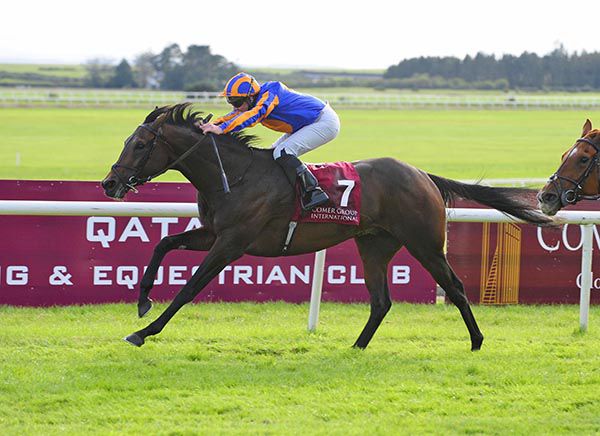 The 5/2 chance gave Aidan O'Brien and Seamie Heffernan a treble on the card after earlier victories with Van Gogh and Order Of Australia.

Dawn Patrol raced towards the rear before slicing through on the inner racing to the final three furlongs.

He was delivered between horses to lead over a furlong from home and dug deep to see off a staying-on Barrington Court (4/1) by three parts of a length. Mighty Blue was a length further back in third at 16/1.

Seamie Heffernan said: “He arrived there on the bridle. Aidan said to ride him with loads of confidence and take all the chances down the inside.

“He finished out well and could be a two-mile or two and a half miles horse. Maybe that could be his thing and I don’t think ground matters.”

Dawn Patrol was last seen finishing sixth in the St Leger at Doncaster.

Paddy Power cut him from 33/1 to 20/1 for the British Champions Long Distance Cup.