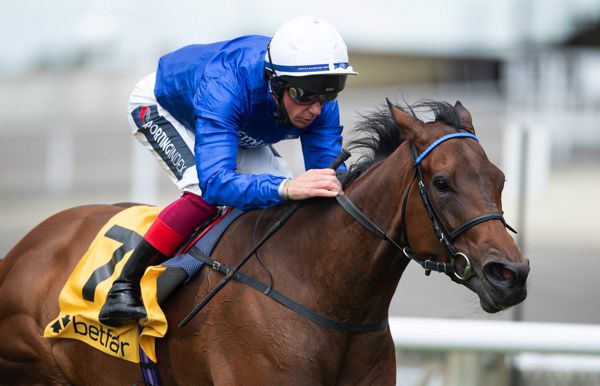 Ranging up with plenty of horse underneath him at the two-furlong pole, Dettori got the reaction he hoped for from the Sea The Stars filly when asking for her maximum effort in the mile-and-a-quarter prize, defeating Queen Power by a length and a quarter.

Gosden said of the 10-11 winner: “She did that well. She got a little tired. She has only been on the Al Bahathri (gallop) and this was her first time on grass in a long time.

“I think the first three are nice fillies and that was not a weak Dahlia at all. I think she just got tired at the end as she carries a lot of condition.

“That is her trip and she wouldn’t have wanted deep ground today. We’ll see what we do going forward, there are races like the Pretty Polly at the Curragh and the Romanet at Deauville for her.”

Connections of Queen Power were pleased with her performance in defeat.

James Horton, assistant to trainer Sir Michael Stoute, said: “We are delighted with her. We are just very pleased to get her back. She switched off very well. We are very pleased and she has run a big race.”