Diamond has good Kut at his hurdles 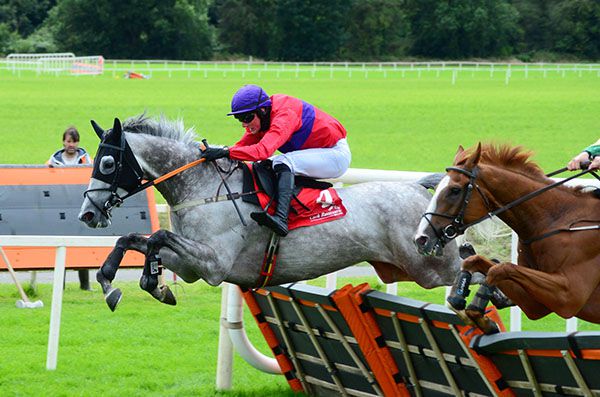 Diamond Kut (6/1) made all to land the Adare Manor Opportunity Maiden Hurdle in Cork with Hugh Morgan in the saddle.

The seven-year-old gelding faced a challenge from Gallowglass at the last, but the latter was less than fluent at it.

This allowed Diamond Kut to go for home on the run-in, and he held on by a length as Gallowglass kept closing after finding his stride again.

Trainer James Nash said: "He has had an awful lot of problems and has had a couple of runs in three years. He has had every problem - leg trouble, kissing spines and cracked bones, everything.

"He is a fabulous big horse and was a smashing horse to get when we got him and we were hoping for big things as he always worked well. The owners have been very very patient and today was only partly repaying it. Hopefully this might only be the start and he could go on and win something else.

"He has a handicap mark and he shouldn't really get anything for that. Hopefully he'll be alright in the morning, that is the main thing.

"Hugh rang last night for the ride, a couple of other lads also rang, but riding Henry's (de Bromhead) and making the running in races was what swung me to him, as I wanted someone that had an idea what he was doing out in front. This horse is very hard but he gave him an intelligent ride."