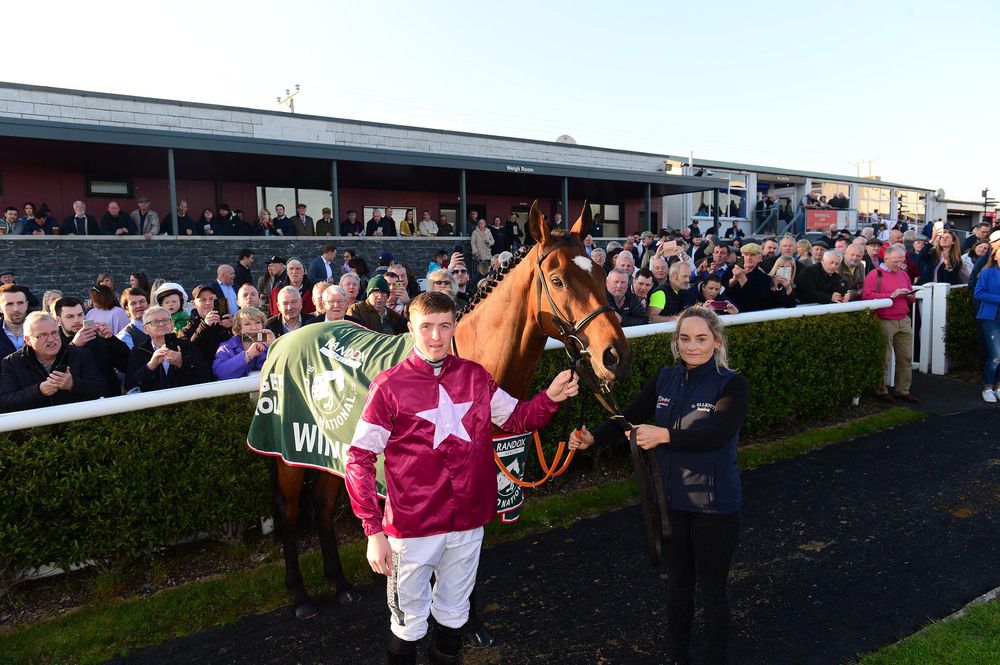 Tiger Roll with Keith Donoghue and Louise Magee
© Photo Healy Racing
Tiger Roll is set to make his seasonal reappearance in Sunday’s Ladbrokes Boyne Hurdle at Navan. The 10-year-old dual Aintree Grand National winner will be ridden once again by Keith Donoghue. Understandably Donoghue is very much looking forward to the Authorized gelding's comeback run, but he doesn’t expect him to be as fit as when he won the Boyne Hurdle 12 months ago.

“It’s very exciting times to get him back. He’s back cantering now, probably about five weeks or so,” said Donoghue.

“He’s done a couple of bits of work and we’re really looking forward to getting him going.

“He probably isn’t as fit this year going into it but we did think that last year as well — he surprised us — but I think the main thing will be just to get a nice run into him to leave him right for Cheltenham.

“I think a run will bring him on a lot more than just staying at home and doing a couple of bits of work.

“Navan is a great track and it’s local as well so it’s nice to get him started.