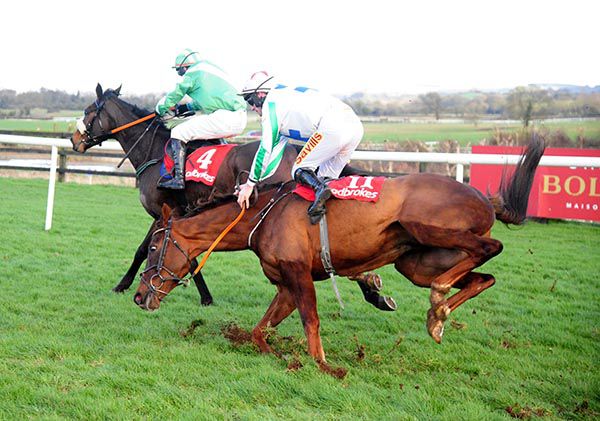 Like the winner, Cousin Harry was another in the field contesting his first handicap, and he had every chance when stumbling and coming to grief a couple of strides after the final flight.

In fairness to Key Commander though, he stayed on strongly from that point home, to win by eleven lengths from Rare Conor.

The gambled-on Balkos (10s into 9/2) travelled well to the business end but eventually had to settle for third, half a length back.

Winning trainer Eoin Doyle said: “We bought him from Michael Butler who works for me. He was disappointing the first day in Limerick but the ground was very sticky.

“He stayed on very well the last day in a maiden at Limerick at Christmas. It was his first run in a handicap today but we did fancy him a bit.

“The last day when he got stuck into him he stayed on well and it was the same today. He should get further and he’ll be a nice horse to jump a fence. He’s a big scopey horse and that’s probably his job down the road.”