Draycott not for passing under Mullins 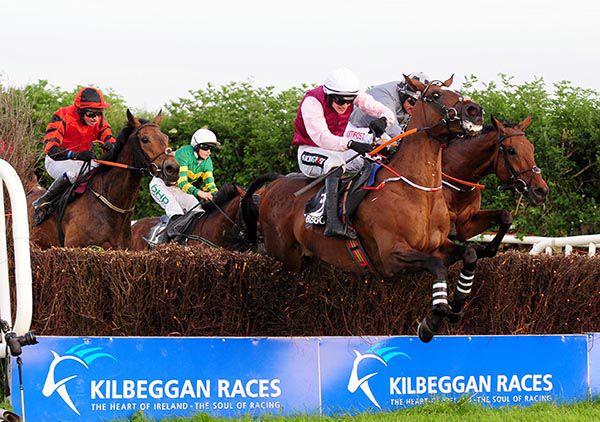 Owned and trained by John Ryan, the nine-year-old son of Oscar was successful on his penultimate start at Listowel, before disappointing on his most recent outing at Punchestown.

Having opened on-course at 25/1, the now eight time track winner eventually went off at 16s with Danny Mullins in the saddle.

Quickly in front, the bay victor was pressed and joined by Conrad Hastings from three out. He was ridden before the last and soon regained the lead, keeping on best on the run-in to score by two lengths.

Eiri Na Casca (8/1 from 20s earlier) ran on well to take second under Denis Hogan, while the aforementioned Conrad Hastings (16s in early shows and from 5s to 4s on-course) was another short head back in third under Davy Russell for Henry de Bromhead

Teacher's Pet fell at the fourth and brought down Steel Wave, while the 11/4 favourite William Du Berlais could only manage fifth.

Ryan said afterwards: "He ran a bit flat in Punchestown where the ground was probably a bit quick for him. He's as tough as nails, and they have done a brilliant job on the ground here.

"I can't understand the price he was this evening as I thought this wasn't as good a race as the one he won in Listowel. He was wrong all last year, and had a few wind operations that went astray. He has the heart of a lion.

"You have to keep running him as he always carries a bit more weight than you would like."