Easy for Quilixios in Down Royal opener 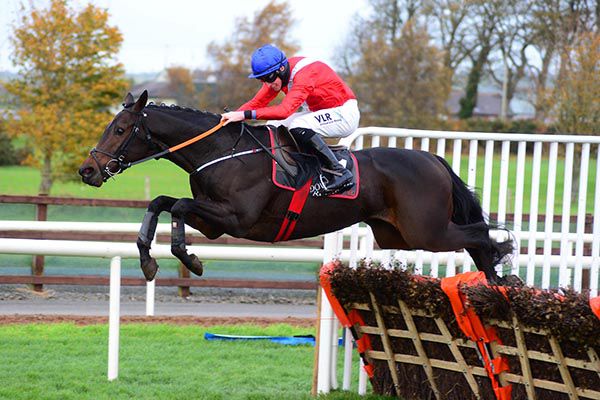 Quilixios enhanced his growing reputation with a straightforward success in the opener at Down Royal this afternoon, the Metcollect 3-Y-O Hurdle.

A winner over flights in his native France and again successful on his debut for Gordon Elliott at Punchestown, the son of Maxios was expected to maintain his unbeaten record in this two-mile contest.

Sent off at 1-16 under Jack Kennedy, the Cheveley Park Stud owned gelding put in an exhibition of hurdling from the front and stretched clear from the second last, going on to score easily by twenty lengths.

Varna Gold filled the runner-up spot under Jack Gilligan for his father Paul, while Na Caith Tobac was another two and three parts of a length back in third.

Elliott, who had four winners yesterday and three at the venue, said: "He couldn't have done that any easier, it was a canter around for him. He's so laid-back about it.

"Jack said he picked up from the second last and galloped in. He's better than that race.

* D.J. O'Keeffe, rider of Anjician trained by Paul Traynor, reported to the Clerk of Scales that his mount made several jumping errors and stopped quickly.